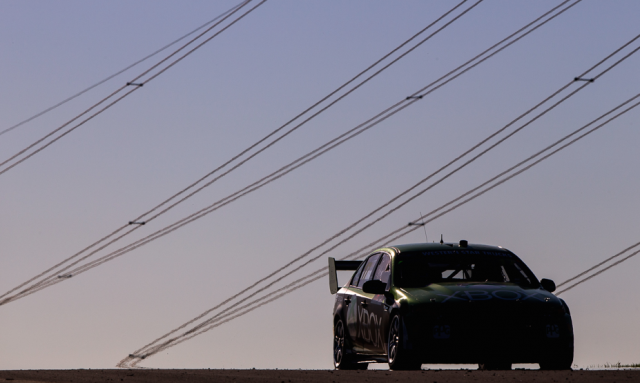 The team plans to cycle a number of primary sponsors across the #17 Ford throughout the season, mirroring the model used on Penske’s NASCAR and IndyCar programs in the United States.

Ambrose’s car ran in Xbox colours at last year’s Sydney 500 and last weekend’s Sydney SuperTest, with the livery also expected to return later in the season.

Speculation is mounting that Shell will be among the year’s primary sponsors, while Penske-imported truck brands Western Star and MAN have also been linked to the program.

Shell was the major sponsor of Dick Johnson Racing between 1987 and 2004, winning three Australian Touring Car Championships and two Bathurst 1000s with the squad, and remains a minor partner.

The February 19 launch will only confirm plans for Adelaide, with subsequent announcements expected to be made in the lead-up to each event.

Ambrose continued his readjustment to V8 Supercars last weekend in Sydney, recording the 14th fastest time in the Armor All Shootout.

The two-time champion reported that he made solid progress across the two-days, particularly with his braking technique, which had proven the biggest challenge since stepping back into V8 Supercars at the end of last year.

“From the time I got here till now at the end of the test I feel a lot more confident and much clearer with the feel of the car,” he said at the conclusion of the test.

“It is funny really; at Homebush I would have been happy to climb into the midfield and now we are there this weekend you just want to take the next step up.

“I am not sure if our direction will be faster but I feel we are on the improve from what we have learnt this weekend.

“I will have to rely on my experience and knowledge from the past plus what we are learning not only at Clipsal but at all the tracks we visit.”

Ambrose won in five of his previous six starts on the streets of Adelaide prior to heading to NASCAR, winning both races at the venue in 2004 and 2005.