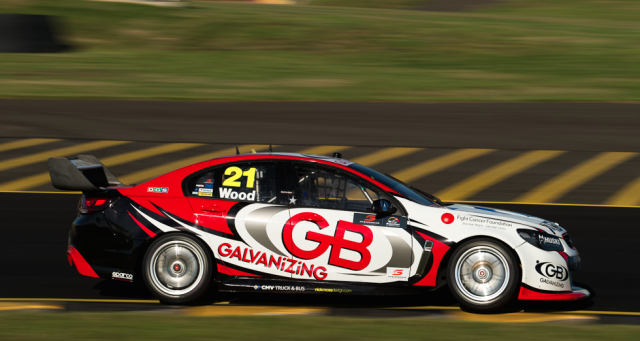 Macauley Jones will undertake practice duties at a number of V8 Supercars Championship events this year as he prepares for a possible Pirtek Enduro Cup berth.

The 20-year-old is readying for his first full-time season in the Dunlop Series with his father’s Brad Jones Racing outfit, where he also works as a mechanic.

Competing in the second half of last year’s Dunlop season, the Formula Ford graduate had his first taste of a Car of the Future-spec Holden when he tested Jason Bright’s car at Winton in December.

Jones enjoyed another brief hit-out at the weekend’s Sydney SuperTest in Dale Wood’s entry, completing around 15 laps on Saturday. 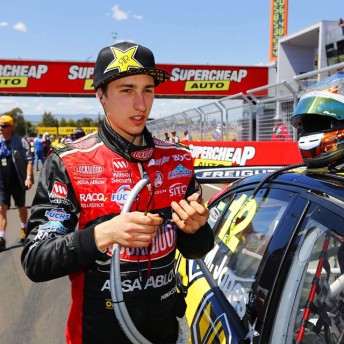 Brad Jones told Speedcafe.com in Sydney that his son could share Wood’s car in the Pirtek Enduro Cup, but more testing is needed before a decision is made.

“It’s a possibility but we don’t want to rush him into the car,” said Jones.

“He needs to do some laps and let us see how he goes. We’ll make the call in due course.

“In the meantime, when there’s no one else doing laps in the car we thought it was a good opportunity to give him some more seat time.

“He’ll do some of the co-driving stuff in Woody’s car whenever there’s an opportunity on the Fridays (at race meetings).”

Macauley also stressed that the team won’t rush into a decision.

“I’d love to be a part of it (the endurance races) but it’s not something we’re going to get caught up on,” he told Speedcafe.com.

“I’m only 20 years old and there’ll be plenty more chances, so we’re not going to push it too hard this year.

“We’ve got a while until the enduros so we’ve got plenty of time to sort out what our plans are going to be.

“I felt reasonably comfortable (on Saturday) but it’s always hard to know how you’re going with the variables of tyres and so on at a test day,” he added.

“I’ve only been in the Development Series over the last six months, so I’m getting more and more used to how they feel and how to get the most out of them.”

With experienced engineer Paul Forgie moving across from erstwhile BJR driver Chris Pither’s entry for this season, Jones admits he has higher expectations.

“Last year was a really good introduction to the cars and the tracks and this year we’re hoping to be competitive,” he said.

“I’m really excited to be working with Paul. He’s got so much experience and knowledge behind him; hopefully we can work as a team really well and make the most of it.”

While focussed on the Dunlop Series, Jones hasn’t completely given up on an international career thanks to his place in the FIA Young Driver Excellence Academy.

Headed by ex-Formula 1 driver Alex Wurz, the FIA-funded initiative offers selected young drivers tutelage in a range of areas through a number of dedicated camps throughout the year.

“There’s so much more to being a race car driver than just driving the car now,” said Jones, who won his place by outshining rivals at an Asia Pacific trial last November.

“The FIA is teaching us how to work as a team and push forward to achieve what we want to achieve in racing.”