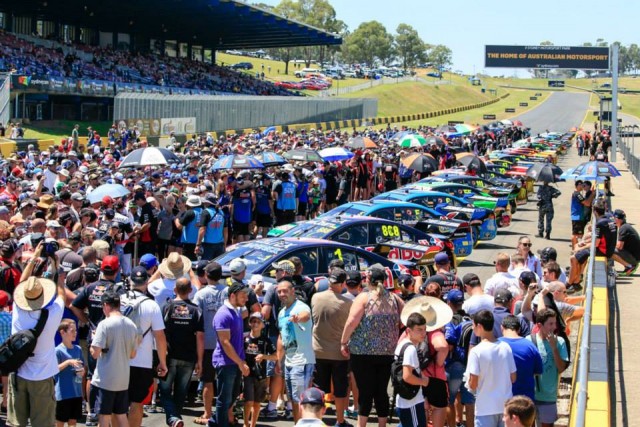 With V8 Supercars’ Sydney pre-season test in the books, it’s time for you to cast your vote on the best livery in our latest Pirtek Poll.

The majority of teams rolled out their full-season looks on the eve of the test, highlighted by a spectacular Navy-assisted launch of Prodrive Racing’s new-look Ford Falcon FG Xs.

Nissan revealed a factory colour scheme for the first time in its V8 Supercars tenure, while new sponsors made for revised colours at front-running squads including Volvo and Tekno Autosports.

A handful, including the Holden Racing Team, ran interim looks as they plan pre-Adelaide launches.

CLICK HERE for a car-by-car look at the Sydney V8 Supercars field.

Of all the liveries seen on track at Sydney Motorsport Park, which was your favourite?