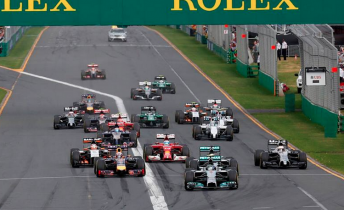 Only half of the Formula 1 season will be broadcast live on free-to-air television in Australia under a soon-to-be-signed deal with Fox Sports.

Split rights between Fox and Network Ten have been mooted for months, but were initially thought to see all races simulcast across the two platforms, as is the case with MotoGP.

Speedcafe.com sources have confirmed that the proposed agreement will, however, see all races live on Fox and just half remain with the cash-strapped Ten.

Although there have been suggestions that such an arrangement could be rushed in for this season, the Financial Review reports that it will commence in 2016, following the end of the current rights period.

The model will reflect the Fox/Ten V8 Supercars deal as well as that seen for Formula 1 in the United Kingdom, where the BBC and Sky Sports have joint rights.

Although not always live, the complete schedule of full-length Formula 1 races have been shown on free-to-air in Australia since the early 1980s.

The new Australian F1 deal is currently understood to be awaiting sign-off from Formula One Management in the UK.

The protracted negations over the Formula 1 television rights have meanwhile left V8 Supercars in the unusual position of starting its season without having finalised its number of championship rounds.

The Albert Park support races will be elevated from non-points status to the second round of the championship if the Fox/Ten F1 deal is completed and FOM agrees to the V8 Supercars status change.

With the Australian Grand Prix Corporation fully supportive of it becoming a championship round, V8 Supercars CEO James Warburton says that the category can only wait for the final pieces to be put into place.

“In some ways we’re running out of time, because obviously they (the AGPC) will want to promote it,” he told Speedcafe.com during the weekend’s season-launching Sydney SuperTest.

“I think certainly by the time the championship kicks off, it will be good to have clarity on it.

“But our piece is done. It’s now up to others.”

The 2015 Australian Formula 1 Grand Prix meeting will kick-off in just 30 days time, with F1 and the V8 Supercars to be joined at the circuit by the Carrera Cup and the Group A/C Heritage Touring Cars.