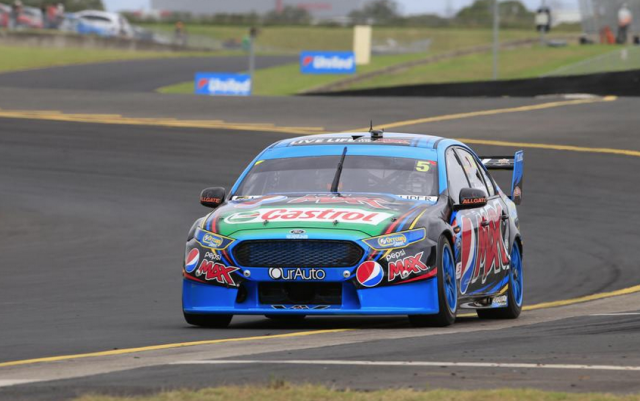 The move to the FG X has seen the first genuine aero upgrade for the Ford runners in six years.

Falcon drivers have complained of instability in the rear of their cars since the Car of the Future FG homologation took place two years ago; an issue which Prodrive had been itching to fix.

While optimistic about its prospects, Winterbottom said it was hard to draw conclusions following the Saturday running.

“We’ve found some gains in some areas that we’re looking for, but with gains come losses, so you’ve got to match it all up,” said Winterbottom.

“It’s a lot different so we had to see if what worked on our old car works now and really run through our program.

“The hardest part is that you’ve got no tyres. We’ve got long sessions and no tyres, which is frustrating.

“Once we run the green tyre we’ll really get a better feeling of where we’re at with it.”

Teams will continue to use their pre-marked hard and soft rubber during this morning’s two hour session before everyone bolts on a green set for the afternoon’s full field Shootout.

All three Falcons required early attention on Saturday to sort issues with front-end panel fit and a noticeable caving in of their bonnets at high speed.

The bonnets of the FG Xs caved in during initial track runs. pic: V8TV

The FG X sees the front-bar, grill and headlights as one-piece for the first time, providing theoretical aerodynamic and weight saving benefits.

“We had a couple of issues with the body fit not being together all day but we’re on top of that now and it’s all sealed up so no dramas,” noted chief engineer Nathaniel Osborne.

While those issues will all have permanent solutions by Adelaide, Winterbottom admits that learning all the traits of the new car will take time.

“It’s just going to be about figuring out what works with set-ups,” he said of the early part of the season.

“Those points where you’re in qualifying and coming in for a quick change, that’s where we’ll scratch our heads a bit.

“When you know a car you can make an impulse change and most of the time get it right. That’s when we’ll notice it.

“But we’ve got two hour sessions this year, so hopefully we can get on top of our tuning tools pretty quickly.” 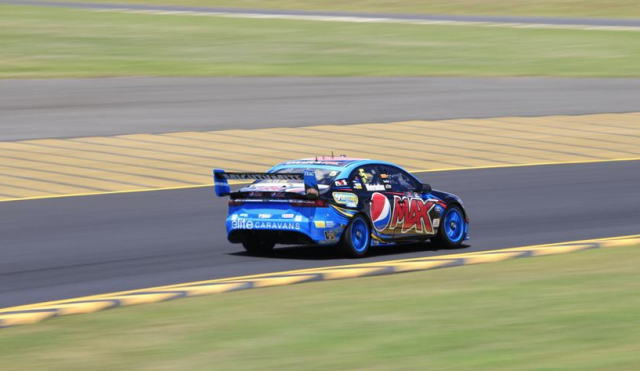