Continual improvement for Ambrose at test

Continual improvement for Ambrose at test Marcos Ambrose ended Saturday’s Sydney test running confident of continued improvement after admitting he was “in the way” of faster rivals during the morning.

Returning to the track with his V8 Supercars colleagues following the two-month lay-off since a wildcard in the Sydney 500, the 38-year-old ended up 15th on the combined time sheets.

The time was recorded on a pre-marked set of soft tyres; the Tasmanian’s first ever run on the faster of the two control Dunlops.

Ambrose had endured frustration during the early part of the day as DJR Team Penske dealt with a number of teething issues following a rush to be ready for the early season start.

In addition to attention being required on several of the new FG X panels, Ambrose lost more than an hour of running in the first session while the team solved a clutch issue.

“It started off pretty shaky with some issues that we had to fix, but we worked hard on the car and I definitely felt better at the end of the day than at the start,” Ambrose told Speedcafe.com.

“In the morning I was in the way to be honest with you and we’re just getting it back to where I can feel the car and we can start going in our own direction a little bit.

“It’s early days, we’ve got a lot of work to do. We’re in the middle of the field, so we’ll just chip away at it.”

Ambrose had run in the mid-pack at Sydney Olympic Park last year, pointing to a lack of braking feel as a key weakness.

While Sydney Motorsport Park is not as dependent on braking performance as the street circuit, the former NASCAR racer said an improvement in that area was clear.

“The brakes were good, that was the real plus,” he said.

“That’s just me improving. I’ve got to get rid of that club foot and get the ballerina shoe on and I’ll be fine.

“I’ve just got to get used to the sensation of braking again and the delicate balance you have on the brake pedal. I felt like we’ve overcome that pretty well.”

The aerodynamics on the new FG X Falcon were thought likely to help Ambrose solve his braking concerns, although the driver suggested it was hard to reach conclusions on the new car just yet.

“We still having got the side bite or forward bite that we’re looking for, but it certainly hasn’t hurt us,” he said of the FG X.

“We haven’t got a Ford up there yet so it’s hard to know. But I feel ok about it.”

His first foray on the soft tyre was meanwhile short but relatively sharp.

“I had to pass Shane (van Gisbergen) out there and we didn’t put the lap down that we wanted to, but they felt good,” he said.

“They’ve got the same handling traits, you just go faster. It’s fun to have different tyre compounds in the championship.”

Ambrose added that the plan for today’s two hour session is simply “to go faster”, while the afternoon’s full field, green tyre Shootout will draw a direct comparison with his rivals.

“I’m not sure if I’m ready or the car is ready for it, but I’m going to have real shot at it,” he said of the Shootout. 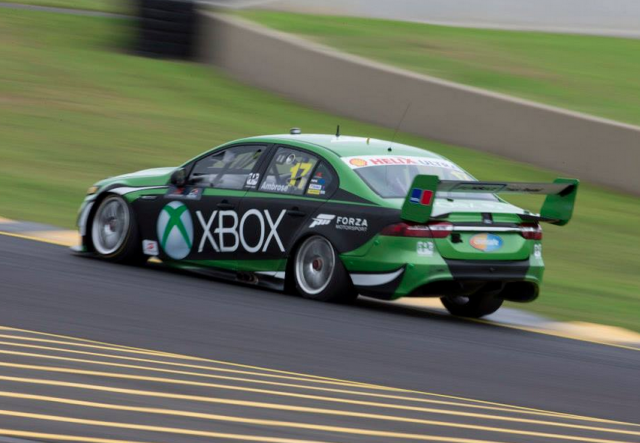