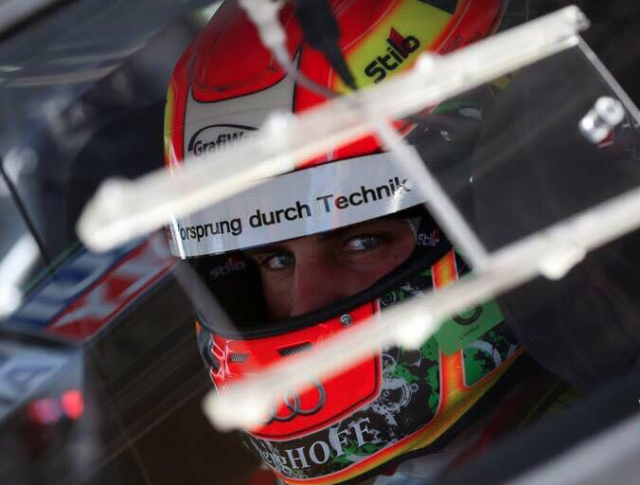 Vanthoor went to the top with a 2:02.55s with four minutes left to run in the final 20 minute qualifying session reserved exclusively for Class A GT3 runners.

The 23-year-old has firmed up Phoenix Racing’s chances of snaring another Bathurst crown in the R8 LMS he is sharing with Marco Mapelli and Marcus Winkelhock.

Vanthoor, the reigning Blancpain Endurance Champion, lit up the timing screen with a sizzling middle sector across the top of the mountain.

For his efforts, Vanthoor snared the coveted Allan Simonsen trophy for earning the top grid position.

“It’s an awesome moment to have pole here. Qualifying is only a small point but it is a good point to start,” Vanthoor said later.

“I expected a low 3 would be possible and I almost put the car in three pieces at one time but in the end it was a great lap.”

Immediately after putting in his blistering time, Chiyo launched himself on another flying lap but smacked the wall with 10 minutes remaining in qualifying.

The #77 AF Corse Ferrari driven by Davide Rigon was fourth ahead of the Stefan Mucke Craft Bamboo Aston Martin.

The session was stopped with just over three minutes remaining as the Garth Walden Racing Mercedes SLS AMG saw Max Twigg find trouble on the mountain.

The Trass Ferrari 458 Italia also struck trouble late and will start out of 16th position after showing solid top 10 pace all weekend.

In the earlier qualifying session which featured the entire field, Ivo Breukers brought qualifying to a halt 17 minutes in when his MARC Mazda 3 found the fence at The Cutting.

In a separate incident the #49 Vicious Rumour Ferrari was also involved in an incident and was brought back to the pits on the back of a flatbed.