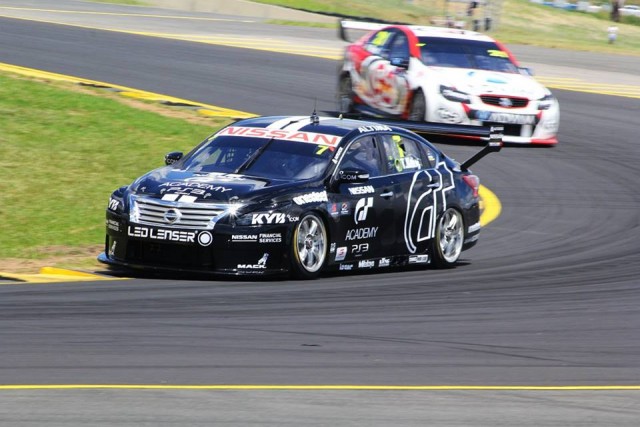 Todd Kelly made it a Nissan Motorsport clean sweep of Saturday at the Sydney.com SuperTest by topping the third and final session of the day.

The Altima driver emulated the results of team-mate and brother Rick Kelly in the opening two sessions of the day, ending the three hour hit-out just 0.0008s clear with a 1:29.54s lap.

Kelly’s effort demoted the Holden Racing Team’s James Courtney, who watched the final minutes from pit lane, to second place ahead of another factory Nissan driver in Michael Caruso.

A failure for David Wall, who had returned to the track having lost a wheel earlier in the session, had necessitated the only red flag, setting up a late flurry of times that included Kelly’s effort.

While encouraging for the Nissan crew, Todd Kelly stressed that tyre condition had the greatest influence on the times throughout the day.

“We didn’t have too many tyres to throw at it through the day and didn’t know where we were or what the car would do on a decent set,” he said.

“We threw a set on at the end and the car was fairly average, but the quality of the tyre must have been reasonable compared to the others out there.

“We won’t really know where we sit until tomorrow until we’re on exactly the same tyre in the Shootout.” 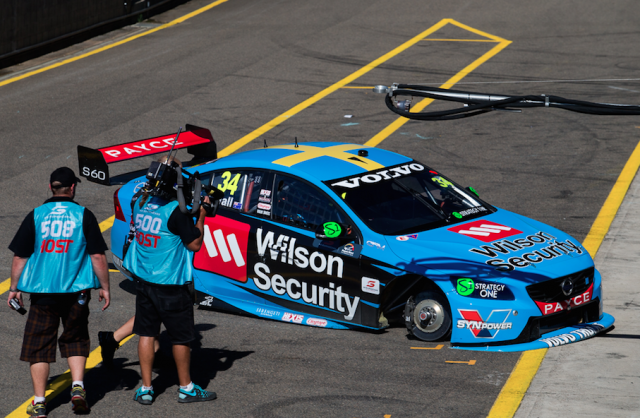 That was the start of an hour-long spell during which Altimas led proceedings, the latter half a top four lock-out, with Moffat taking over the lead before Craig Lowndes hit back for Red Bull Racing Australia.

That was where he stayed, followed mostly by the Nissan quartet and team-mate Jamie Whincup, until just under 10 minutes remaining.

Rick Kelly seized first for barely a moment before being bettered by Courtney, but it was the Nissan squad which would have the last laugh when Todd Kelly found enough time in the final sector to pip the #22 Commodore.

Marcos Ambrose joined the majority in setting his personal best in the afternoon session to finish the day 15th, while defending champion Jamie Whincup was 18th.

“You don’t read too much into the times at this stage,” said Whincup.

“We focused on a few race runs and to be honest most cars have no tyres left from last year so we were running round on old tyres all day, not because we wanted to, we’ve just got no tyres in the bank.”

Tomorrow’s action will include a 2 hour session from 1000 AEDT, before an all-car Shootout from 1400. 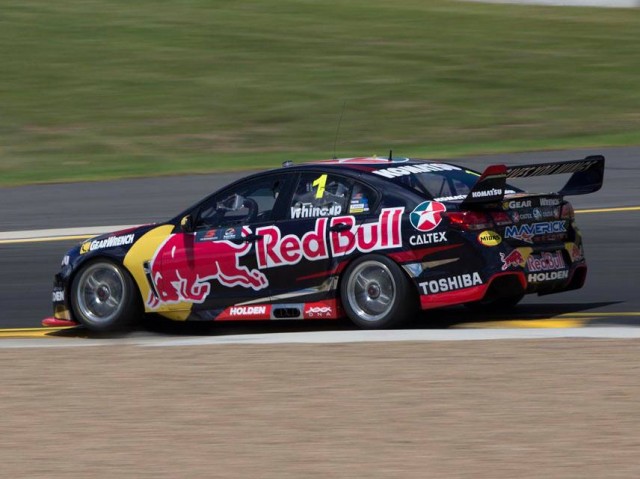