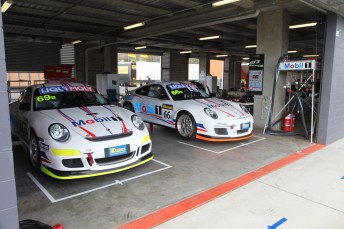 Four drivers from the Mobil 1 GT3 Endurance team were taken to hospital following a road crash, plunging its Bathurst campaign into chaos

The Mobil 1 GT3 Endurance team’s Bathurst 12 Hour campaign has been thrown into turmoil following a road car accident involving four of its drivers.

The injured drivers were taken to hospital following the road crash in the Bathurst suburb of Kelso yesterday.

Phil Mauger and Hayden Knighton are expected to remain in Bathurst hospital for several days.

Scot O’Donnell has been released from hospital but will not compete in the #66 Porsche which went out in opening practice with Michael Lyons finishing 26th fastest.

Lindsay O’Donnell was released from hospital but the team has now withdrawn the #69 he was listed to share with Mauger and Frank Lyons.

The team has now moved to call on experienced Kiwi Chris van der Drift who will share the #66 with Michael Lyons, Frank Lyons with Lindsay O’Donnell moving across the sole remaining entry.