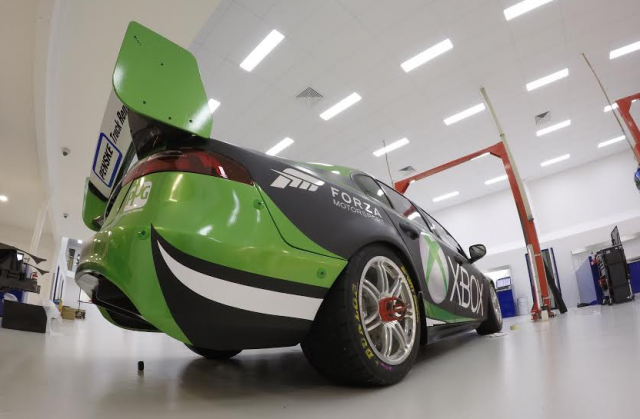 Marcos Ambrose will again campaign the colours of Microsoft Xbox when he returns to the track for this weekend’s test at Sydney Motorsport Park.

The DJR Team Penske FG X will utilise the same livery that Ambrose ran during his wildcard appearance with the team at Sydney Olympic Park in December.

While the team will run a number of primary sponsors during 2015, Xbox will remain a minor backer for the entire year.

“It is fantastic to have Xbox on board for the season,” said DJRTP managing director Ryan Story.

“Although the Sydney event in 2014 was a one off opportunity, the Xbox team were very committed to doing everything possible to ensure the partnership was a success.

“They understood that we were there to learn, and having them back this year allows us to build on that momentum.” Like Prodrive Racing Australia, the team has rushed to get its new FG X Falcon on track following homologation running last month.

Ambrose is looking forward to having his first hit-out with the new aerodynamic package this weekend, where he’ll continue to reacclimatise to V8 Supercars.

As previously reported, the two-time champion will start the season in an ex-David Wall chassis as part of the squad’s plan to have two race-ready FG Xs.

“I still have a lot to get out of myself and the car,” said Ambrose.

“I found that one of the big areas with the Xbox Falcon was consistent brake modulation.

“The difference between a street circuit and Eastern Creek will help us understand this better.

“We will use this weekend to really develop as a team so we can head to Clipsal with a lot of good information in the bank.”