Schwerkolt has inked a deal with Fuchs that will see it sponsor the #18 Holden for the Sydney Motorsport Park SuperTest and the Adelaide, Albert Park and Symmons Plains race meetings.

The branding will cover the bonnet and front doors of the Commodore, which will sport ‘Leethal 18’ on its rear doors and guards while further backing is sourced.

The deal continues driver Lee Holdsworth’s association with Fuchs, having run with its backing at Erebus Motorsport last year.

“It’s really exciting to have a passionate company with a strong history in motorsport like Fuchs on board as a partner of our team,” Schwerkolt told Speedcafe.com.

“It’s three rounds at this stage, which will hopefully lead to an ongoing partnership through the season.”

Beko has also joined the team from Erebus, resplendent on the car’s front-guards and rear bar.

Having lost previous primary sponsor Jeld-Wen at the end of last year, Schwerkolt stressed the difficulty faced by teams in the current sponsorship market.

The opportunity to partner with Fuchs triggered Schwerkolt’s off-season move from the exclusively Castrol-backed Prodrive Racing Australia to Walkinshaw, which already has Mobil and Castrol sponsorships within its four-car structure.

“It’s extremely tough out there, but hopefully with some good results things will get easier,” said Schwerkolt of the sponsor market.

“Lee is really hungry and to be joining up with Walkinshaw is a really positive step for us.” 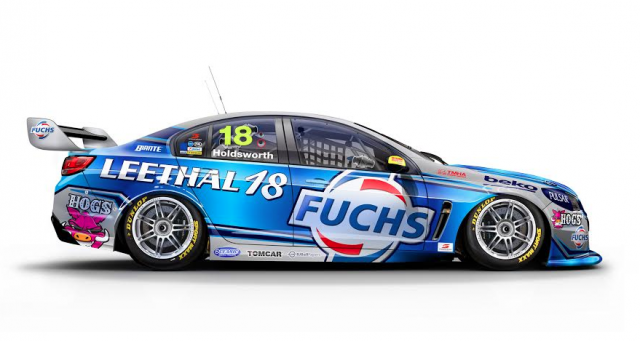