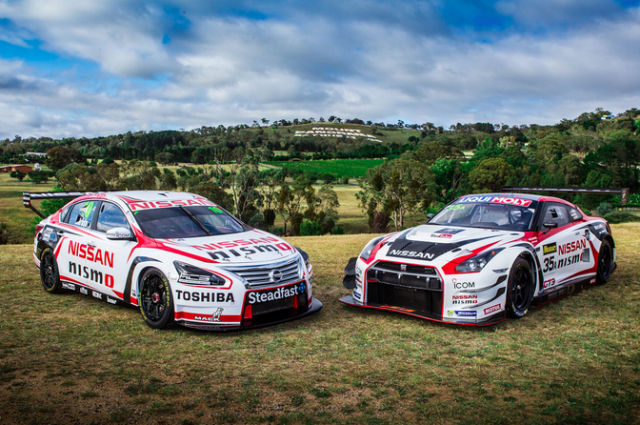 Nissan has stepped up its V8 Supercars presence for 2015, with Michael Caruso’s Altima to run a factory Nissan Nismo colour scheme.

The manufacturer has shown off Caruso’s new livery in a photo shoot at Bathurst, where a similarly painted GT-R will tackle the 12 Hour this weekend.

Caruso’s car will campaign the colours for the full season, reflecting an increased investment in the team from the manufacturer.

James Moffat’s sister entry will also be resplendent in the Nissan Nismo livery at Sydney Motorsport Park this weekend, while Todd Kelly’s will run in Nissan GT Academy colours.

The team is yet to confirm sponsors for either entry for the remainder of the year, saying in a statement that naming rights partners will be announced after the test.

The 2006 champion’s Jack Daniel’s Nissan will run in a yet-to-be-revealed test livery in Sydney.

A Nissan statement described the Caruso livery as marking an “increased commitment” to the team, with the company declining to discuss details of any changes in its financial involvement.

“The 2015 season is a significant one for Nissan both on and off the race track,” said Nissan CEO Richard Emery.

“We have discussed internally for some time now what options we can explore with our Nissan branding moving forward, be that across all four Altimas or a holistic presence on one Altima, to increase the Nissan identity of our V8 Supercars program.

“We are excited to have Michael racing in Nissan colours this year, but it is important to note that all four cars remain equal in terms of specification and status.”

The release of Caruso’s livery is also the first look at the team’s revised aerodynamic package, which includes a move to an end-plate mounted rear wing.

This year marks the third different iteration aero kit for the Altima, which has struggled for straightline speed since debuting in the championship in 2013.

The team had tested an end-plate mounted wing in late 2013 before electing to remain the only manufacturer with centre-post mounts for the following season.

Caruso, who has stuck with the team through its building phase, is optimistic of improving on his team-leading 10th place result in last year’s championship.

“We had a strong season last year, but we still have a lot to prove,” he said.

“I’m confident that with the changes we have put in place and the great commitment made by the team over the off-season, Nissan Motorsport will be in a strong position this season.” 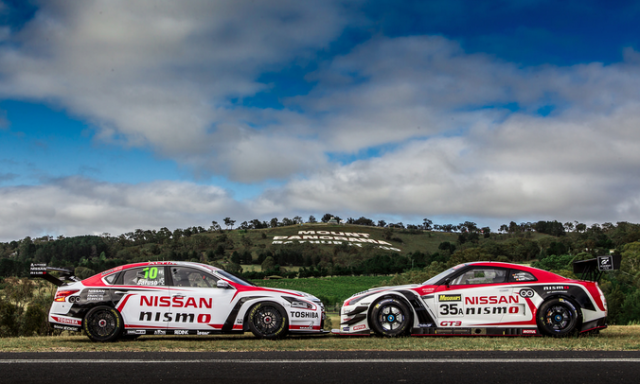