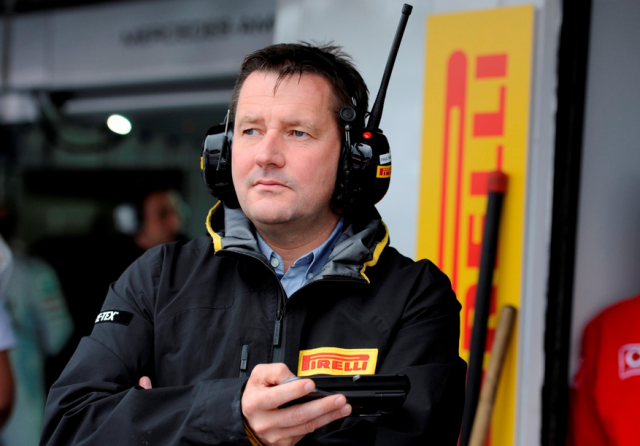 Paul Hembery will fly straight from Spain to Australia

The Bathurst 12 Hour’s tyre war between Pirelli and Michelin is set to heat up this year, with the Italian firm flying its global motorsport boss, Paul Hembery, to the event.

The Brit will arrive at Mount Panorama on Friday, taking in the event and liaising with Pirelli-supported teams.

Trofeo’s Jim Manolios, whose company imports the Pirelli racing tyres into Australia, says that Bathurst provides useful data to Pirelli for GT3 racing around the world.

“Such is the importance of this event to Pirelli on a global scale, Paul made a change to his hectic pre-season schedule to come down to Bathurst to be a part of the event and support all the work we’ve done with the Bathurst 12 Hour over the last couple of years,” said Manolios.

“As one of the pre-eminent GT races in the world ahead of the start of the European, American and Australian championships, Bathurst provides valuable pre-season data for the likes of the Blancpain Series, the Pirelli World Challenge, and of course, the Australian GT Championship.

“In addition to Paul, two of Pirelli’s senior Blancpain Series technicians Matteo Braga and Giuseppe Parisi will join Pirelli Australia’s Simon Pool throughout the event to assist Pirelli supported teams in gaining the maximum performance from their tyres.” 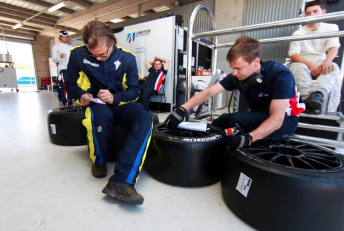 Michelin will bring its new ‘L’ range to Bathurst this year

Michelin will also have three imports among its crew, with two technicians from France joining its Asia Pacific Motorsport Manager, Patrick Dias, in making the trek to Bathurst.

The two tyre suppliers will each bring a soft, a medium and a hard compound, with Pirelli’s labelled DS, DM and DH and Michelin’s S7L, S8L and S9L.

The Michelin ‘L’ range is new for 2015, with the French company promising extended tyre life from the combination of a softer carcass, reinforced crown stiffness and revised compounds.

“Through a gradual and limited degradation, the new tyre allows drivers to more easily control the behaviour of their car,” explained Dias.

“Testing has demonstrated that the Michelin Pilot Sport S9L allows for a durability gain of up to 20 percent compared with the previous generation tyre, while maintaining the same timekeeping performance.”

Both manufacturers are expecting teams to be able to triple-stint their tyres during the race, cutting down on pitstop time.

Pirelli’s Manolios, who will co-drive his own team’s Ferrari in the event, is expecting the record to be lowered further this year.

“If the unpredictable Bathurst weather stays fine, Shane’s stunning 2:03.85s will fall, no question,” he said.

“If the weather is cool, then there’s every chance one of the leading teams will choose a softer compound and that will put a real twist into the equation.

“Tyre strategy will be an important factor in the race, so teams will be keeping a close eye on ambient and track temperatures.”

Teams may buy up to 12 sets of tyres for the meeting, while those who make it through to the final segment of qualifying on Saturday are granted permission to use an extra set for that session.

While the 12 set maximum is an increase from 10 in 2014, this year marks the first time that Friday practice must be run on tyres from within the allocation.

Although a rare occurrence mid-event, teams may change tyre brands up until the cut-off on Saturday evening.

Entry list for Class A with currently nominated tyre manufacturer