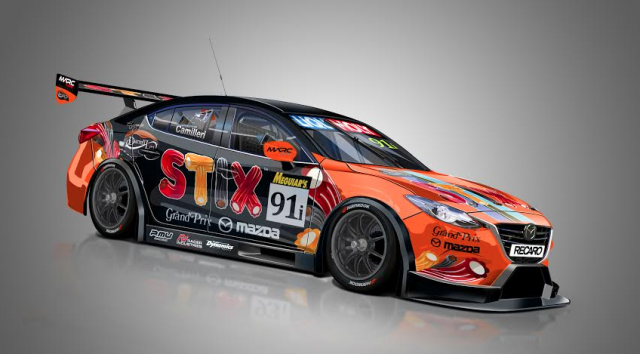 The car is the sixth built by Ryan McLeod’s firm and follows five Ford Focus bodied racers, which compete in endurance events around the world.

Sporting the same 500bhp, 5.0 litre Coyote V8 as the Fords, the Mazda is scheduled to undergo a shakedown at Norwell on Tuesday before being dispatched to Bathurst.

McLeod, however, has his sights set on tackling the runners in Class B, which is solely made up of Porsche GT3 Cup cars. 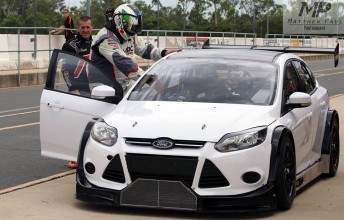 “Overseas we race pretty hard against the 997s, so that’s where the race is for us,” McLeod told Speedcafe.com.

“They’re a bit quicker in outright speed but we cover about the same distance over two hours, which is what we really focus on.

“We’re pretty confident we’ll be able to run to the benchmark time (Class I entries are not allowed to lap below 2:12s) consistently.

“As a group we’ve done a lot of racing since this time last year and every time we go we learn something new.

“Hopefully that’ll have an impact as well.”

One of the three Focuses that ran in Dubai has been air freighted back for Bathurst and will be raced by Garry Jacobson, Ben Gersekowski and Adam Gowans in the colours of Gold Coast-based karting centre Game Over.

The third entry is a brand new Focus which enjoyed a shakedown at Queensland Raceway last week and will compete with Castrol backing.

Michael Benton, Hadrian Morrall and Tim Miles will share the driving duties in the Castrol Ford.

The Mazda meanwhile joins Tony Quinn’s own McLaren GT3 in sporting the Darrell Lea Stix colours in the 12 Hour.

Quinn is expected to join the MARC V8 program as a driver later in the year having recently had to pull out of Dubai in order to attend the funeral of former Porsche motorsport boss Jamie Blaikie.

Another recently built MARC Focus will not be on the Bathurst grid, with owner Tony Alford having instead elected to run his Class C Lotus Exige.

As of this year, the MARC V8s will be eligible to compete in the Kumho V8 Touring Car Series, as well as a variety of international endurance races.