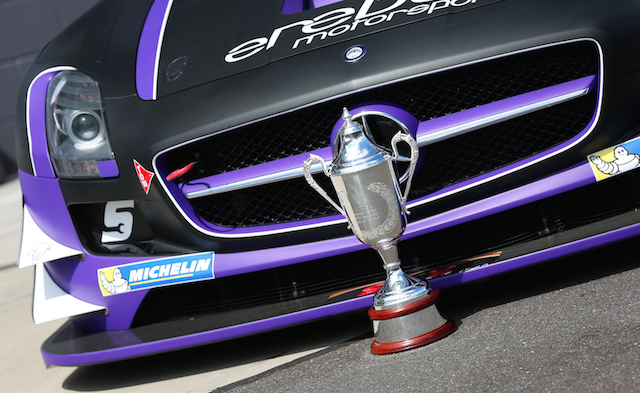 As race week for the Liqui-Moly Bathurst 12 Hour begins, the Pirtek Poll gives you the chance to predict who will win the GT epic.

An impressive 29 of the 54 entries are GT3 machines, underlining the event’s growth since adopting GT regulations four years ago.

Nine manufacturers are represented in the outright class, including various levels of factory engagement from Audi, Bentley, Mercedes-Benz, Nissan and Ferrari.

Without the V8 Supercars stars this year thanks to the clashing SuperTest, Bathurst has attracted a smattering of international GT talent to add to a host of experienced locals.

Maranello Motorsport’s Ferrari is the defending race winner and again looms as tough to beat with its line-up of Mika Salo, Tony D’Alberto and Ben Collins.

The two-car Phoenix Audi and Bentley M-Sport squads also boast imposing line-ups and will likely lead the charge of the internationals.

As in previous years, the speed of each entry’s unseeded driver(s) will play a large part in the result.

Eighteen of the GT3 entries have at least two unseeded drivers, including the factory Nissan GT-R, and are eligible for the Gentleman’s Trophy as a result.

The race has, however, thrown up no shortage of variables in recent years and with early weather predictions indicating rain could also play a part, an intense 12 hour battle is in the offing.

Who will win? Cast your vote below in this week’s Pirtek Poll.