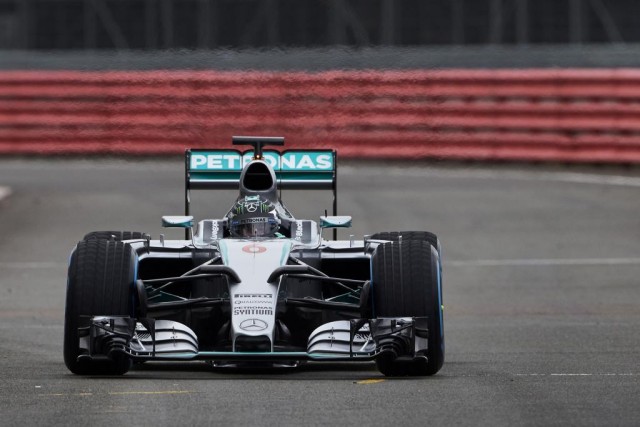 Drivers Lewis Hamilton and Nico Rosberg jumped behind the wheel of the all new W06 in icy conditions at the Northamptonshire circuit as the team prepared for the first pre-season test at Jerez, Spain on Sunday.

The W06, featuring a slightly revised nose design and livery, completed 18 laps before a blizzard ended the session which was classed as a promotional event.

Mercedes will officially launch its W06, the successor to the all conquering championship winning W05, at Jerez prior to the start of 2015 pre-season testing. 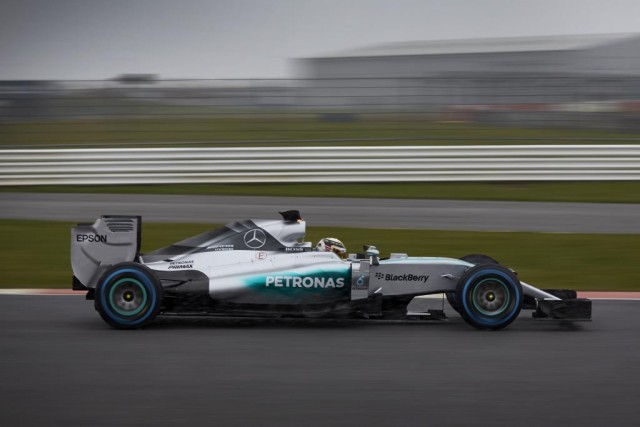 The all new Mercedes W06 completed 18 laps of running