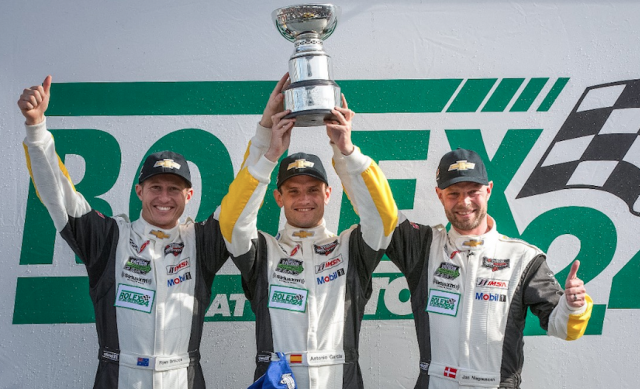 An Autosport report has revealed Briscoe’s place in the line-up, which follows victory for Briscoe and the team in the GTLM category of last weekend’s Daytona 24 Hours.

The 33-year-old is currently without a full-time ride in any category after losing his place in Chip Ganassi Racing’s IndyCar program.

Briscoe competed in three United SportsCar events with Corvette last season and is already locked in for the Sebring 12 Hours in March, where he will again share with Jan Magnussen and Antonio Garcia.

With just one previous Le Mans 24 Hours start under his belt, Briscoe told Racer at Daytona that he’s “absolutely” excited by the prospect of attacking the race with Corvette.

“It’s the factory GM Corvette racing team and you don’t get much bigger than that.

Briscoe’s previous Le Mans entry came with LMP2 squad Level 5 Motorsports during 2013, when he was also without a full-time IndyCar seat.