Armor All and STP back ARC Power Stage

Armor All and STP back ARC Power Stage 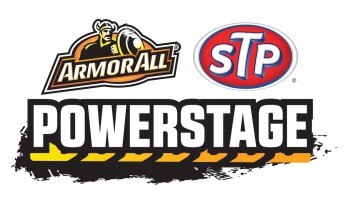 The East Coast Bullbars Australian Rally Championship has signed up the Armored Autogroup to back the popular Power Stage format in 2015.

Run at each of the five rounds in the ARC, the Armor All and STP Power Stage runs ahead of the first competitive stage of the events.

As well as earning prizemoney, the quickest three two-wheel-drive cars will also earn championship bonus points on a sliding scale from five, three and one.

“It’s terrific to be not only able to welcome ARMOR ALL back again for another year, but also to be welcoming STP to the East Coast Bullbars Australian Rally Championship for the first time,” ARC chairman Ben Rainsford said.

“The Power Stage has proven to be an exciting addition to our sport, where the leading drivers scrap it out for the bonus points and prize money on offer over a short course.

“It’s exciting for the crews competing, the spectators and the audience watching all the action at home.”

Armor All will also be the official car care products sponsor with STP the official oil and additive sponsor of the national rally series.

The opening Armor All and STP Power Stage will be staged around the oceanside foreshore at Busselton in West Australia on March 27.