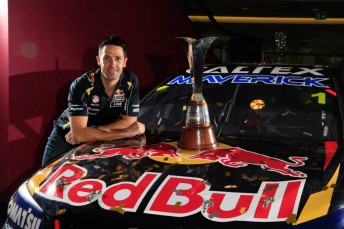 Exactly one month from today, the V8 Supercars Championship field will hit the streets of Adelaide for the season-opening Clipsal 500.

The full 25-car entry is now locked-in for the championship, with teams busy preparing for the compulsory pre-season on February 7-8.

CLICK HERE for an overview of the off-season changes.

Jamie Whincup is shooting for a seventh championship in eight years, returning with the all-conquering Red Bull Racing Australia.

Will the all-time great prevail again? Or will one of the 24 contenders knock him off?