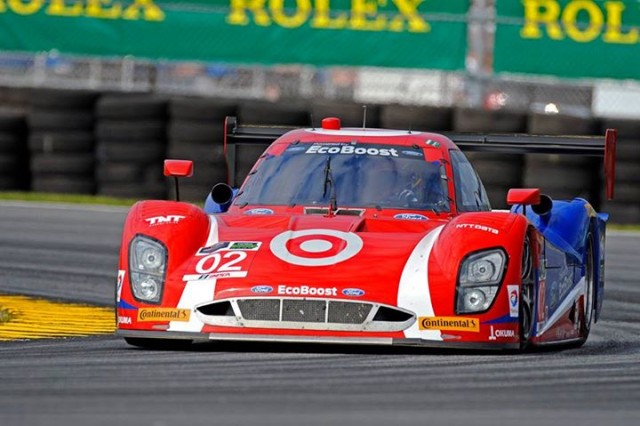 The victory is the second for Dixon at Daytona, nine years after his first triumph, and a sixth for the Ganassi team.

Bourdais’ late challenge came despite the Action Express entry having been as far adrift as three laps down while suffering electrical problems mid-race.

The Jordan Taylor/Ricky Taylor/Max Angelelli Dallara Corvette-Chevrolet finished as the last on the lead lap in third after a costly driver time miscalculation in the closing stages.

Jordan Taylor had been running second to Dixon when forced to hand over to brother Ricky with 20 minutes still remaining as his four-hour stint maximum drew near.

Any hopes the team had of charging through after the final restart were swiftly snuffed out when Taylor was subsequently forced to take a drive-through for earlier entering a closed pitlane.

There was success in GTLM for Australia’s Ryan Briscoe, who shared victory with Corvette team-mates Jan Magnussen and Antonio Garcia.

V8 Supercars regular Shane van Gisbergen narrowly missed out on making it another Australasian victory in the GTD class.

James Davison’s pole-sitting Aston Martin was involved in multiple incidents on the way to 13th in class.