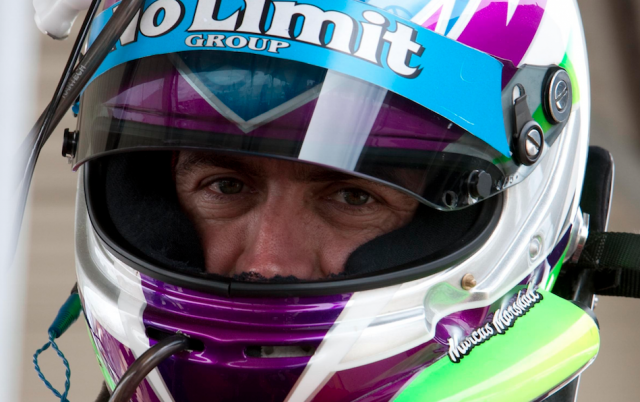 Marcus Marshall’s road back to the V8 Supercars Championship will begin when he ends a three-year racing sabbatical at next month’s Bathurst 12 Hour.

The now 38-year-old will tackle the event in a Class B Porsche GT3 Cup S alongside Supercup driver Sam Power and Canberra brothers Theo and James Koundouris.

A former full-timer in categories including V8 Supercars and the Champ Car World Series, the 12 Hour will mark Marshall’s first race since the 2011 Supercheap Auto Bathurst 1000.

Marshall quit the sport after failing to find a full-time V8 Supercars gig in 2012, moving from the Gold Coast to Bali, Indonesia, from where he took up fly-in, fly-out work in Western Australia’s oil and gas industry.

“I got a bit bitter and twisted with the sport and just needed a break,” Marshall told Speedcafe.com.

“I’d had a lot of bad runs where every team I was with went broke or the backer ended up in a federal prison.

“It was just going to be one year but it turned into three years out there (in WA). I’ve had enough of that now and want to get back to racing.

“I put my feelers out and thought that the 12 Hour would be a good place to get back into it.

“I’ve ended up with a great gig with James and Theo and I’m really looking forward to getting in the car.” 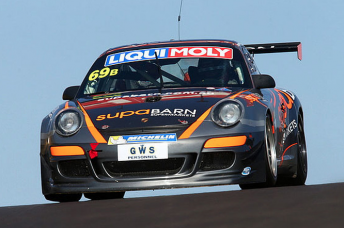 Marshall will not test the car prior to the February 6-8 race meeting, but is confident that past Porsche experience will help him get up to speed quickly.

In addition to two full-time Carrera Cup Australia seasons (2003 and 2007), Marshall was at the wheel of a GT3 Cup car as recently as 2013, when he performed driver coaching for GT3 Cup Challenge competitor Fraser Ross.

“I was still right on the money in the laps that I was doing there. It’s like riding a bike, really,” he said.

“I’m probably the fittest I’ve ever been in my life too because working in the mining industry, there was nothing to do other than train.

“I’ve just got to get my head around consistent race pace, but there’ll be plenty of time to settle into that over 12 hours.”

Now back on the Gold Coast and with a variety of businesses interests, Marshall says that he’s aiming for a part-time racing schedule in future, including a return to the V8 Supercars enduros.

“There’s an opportunity for me to keep racing in the Australian GT endurance events with James and Theo’s team, which I’m looking at,” he said.

“I love the idea of driving the GT cars and it’s a series that’s really growing.

“I’ve also got my hand up for an enduro drive in V8s. I think I’ve still got a lot to give to a team, both in terms of experience and speed.

“The ideal role is for me to be at a semi-professional level where I can still have a life outside of racing.”

Although a Bathurst 12 Hour rookie, Marshall finished sixth aboard a Porsche in the 2003 Bathurst 24 Hour and also has nine Bathurst 1000s under his belt. Marshall set the lap record at Winton in 2009, but his team lasted just two more events following the loss of its primary backer

Marshall has since watched largely from the sidelines as those he raced wheel-to-wheel with in Formula Ford have gone on to dominate the touring car category.

“I started racing very late and was 27 or 28 when I was competing against Jamie (Whincup) and (Mark) Winterbottom in Formula Ford,” reflected Marshall of his early career, which did not include any karting.

“We won a few races and mixed it with them all year but I had no idea how to win a championship against these guys that had battled out national championships in go-karts.

“I was always behind the eight-ball but through the years I felt I was getting there. I totally believe that, given the right equipment, I could have won races (in V8 Supercars).”

Looking back, Marshall says that choosing the open-wheel path following his breakout 2003 Carrera Cup season was a critical mistake.

“I had a Supercup drive lined up (for 2004) with a championship winning team and I didn’t take it because I love open-wheelers so much,” he said.

“I wish that I’d taken the Supercup drive because I think things would have been a lot different.

“It would have suited me more and I could still be over there, either in Europe or the US, with a good sportscar gig. But that’s the way it goes.”