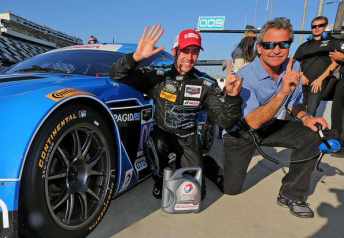 Australian James Davison has taken his The Racer’s Group Aston Martin to the GTD pole position for this weekend’s Rolex 24 at Daytona.

The 28-year-old, who drives full-time in the United Sportscar Championship, drafted behind one of his Audi GTD rivals, boosting his speed around the oval on his single lap after a red flag interruption.

“I’m blown away that we pulled this off,” James Davison told Sportscar365.

“We were genuinely 1.3s off in practice. Maybe there was a few tenths left with a few other things working our way.

“I thought if we were going to be within seven tenths in qualifying, that will be a good day for us.

“We sat in the pits and kind of waited to see what everyone else would do then it went red so it meant I only had one lap.

“I set up a gap on the Audi, not sure whether he was going to be quicker than me or slower than me. 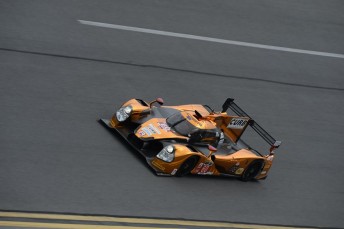 “I just got a massive tow off him around the entire oval which ultimately put us on pole today. I think it was worth half a second, maybe more.”

Scott Pruett put the second Ganassi entry on row two, which it will share with Joao Barbosa’s Action Express Corvette-Chevrolet.

The DeltaWing proved quick enough for fifth outright in the hands of Andy Meyrick, just 0.43s from the pole.