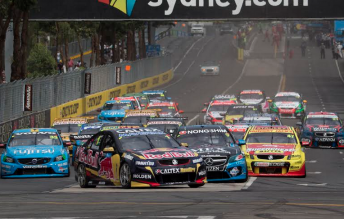 The V8 Supercars Championship is 60 percent owned by Archer Capital

Lancken is the third of those who led the way in Archer’s 2011 acquisition of 60 percent of V8 Supercars to have terminated their association with the company over the last 12 months.

While there are no indications of any immediate sellout by Archer, there remains a strong chance the company could gear up for an offload of the category within the next 18 months to two years.

Last year’s discussions for Archer to take over the teams’ remaining 35 percent share, which ultimately did not go ahead, was thought to be a move towards a complete sell-out.

Lancken’s departure from Archer has no effect on the V8 Supercars board or voting structure.

Peter Wiggs, Archer’s chief executive who was a founding member of the company back in 1997, now occupies the firm’s two positions on the V8 Supercars board.

Wiggs is the only person who is directly involved in the category while Lancken was removed from his contact with V8s several months ago.

V8 Supercars chief executive James Warburton confirmed to Speedcafe.com Lancken’s departure from Archer but refused to comment further on its position with Archer.

“Peter Wiggs is representing Archer on the board and its business as usual,” he said.

Lancken’s departure follows that of Andrew Joyce, who left Archer in January last year a matter of weeks after Andrew Gray departed.

Those three had led Archer to its colossal financial investment in Australia’s highest profile motor racing category, which valued the business at approximately $300 million.

Further bloodletting at Archer saw Rishabh Mehrotra, who took over Gray’s position on the V8 board, part ways with the investment firm in October last year after joining midway through 2013.

Lancken joined Archer in 2006 and was instrumental in the acquisition of the LCR Group, iNova Pharmaceuticals and MYOB along with V8 Supercars during his tenure.