POLL: Who will be Walkinshaw’s top performer?

POLL: Who will be Walkinshaw’s top performer? 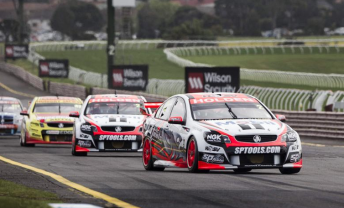 The intra-team battle at Walkinshaw Racing again promises to be just as intense as the squad’s fight to chase down its rivals this season.

The improved results corresponded with the arrival at the team of Courtney’s long-time friend Adrian Burgess, reuniting the pair that helped Dick Johnson Racing to the 2010 title.

Fellow former champion Garth Tander had finished ahead of Courtney in each of the pair’s previous three seasons as team-mates, but struggled through the early stages of last year.

A mid-season turnaround included a victory in Townsville, while a fast finish – featuring four top five finishes in the season’s final six races – leaves Tander with plenty of momentum heading into 2015.

New-for-2014 recruit Tim Slade meanwhile endured continued misfortune on his way to a distant 17th in the standings, but also found encouraging form late in the year, climbing the podium on the Gold Coast.

Still looking for his first career win, the 29-year-old Slade is now a seven-year veteran of full-time V8 Supercars competition and as hungry as ever for success.

A former team-mate of Slade at Stone Brothers Racing/Erebus Motorsport in 2012/13 Holdsworth, steps into the Walkinshaw seat previously fielded by stand-out 2014 rookie Nick Percat and says he’s looking forward to the challenge.

“There’s nothing wrong with a bit of competition between team-mates,” Holdsworth told Speedcafe.com in this week’s Cafe Chat.

“I’m good friends with Tim and I get on with JC and Tander as well, so I think we’re going to have a really good group that’ll push each other to the limits.”

Which of these four proven performers will finish highest in the 2015 V8 Supercars Championship? Cast your vote below on this week’s Pirtek Poll.