Gavin will join Salmon and Antunes in the Skwirk Audi

This year will mark Gavin’s second start in the 12 Hour after driving Rotek Racing’s Audi in 2014.

“I’m looking forward to getting back behind the wheel of an Audi at Bathurst,” said Gavin, who failed to finish the race last year due to mechanical issues.

“After last year I feel there’s some unfinished business for me, and I think the team that Rod has put together will give us as good an opportunity to race at the front as any team in the field.”

The Skwirk Audi did not start the race last year after V8 Supercars star Jason Bright crashed the car heavily during qualifying.

Salmon scored two 12 Hour wins during the race’s production car era and, despite the strength of international competition, is optimistic about being a front-runner again this year.

“I think you’ll find that the major competition will come from the local teams at the end of the 12 hours,” he said.

“Bathurst is one of those circuits that rewards experience. We have the right car, with Melbourne Performance Centre we have the right team and with an experienced GT driver lineup I think we have as good a chance as any of them to finish on the podium.

“Whether that’s the top step or not, only time will tell, but if we can stay out of trouble in the 55 car field, I think you’ll find we’ll be right in the mix.” 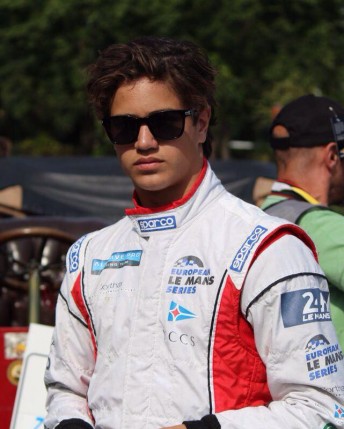 The 18-year-old Latif has extensive experience in Audi R8s, splitting his time between Europe and the USA last year driving for Phoenix Racing and Flying Lizard Racing.

The potent Latif/Luff/Crick combination is part of a two-car JAMEC-PEM entry alongside the already confirmed line-up of James Winslow, Dean Koutsoumidis and McLaughlan.

“I’m excited to be able to come to this iconic event and be a part of the JAMEC-PEM Racing team,” said the UK-based Latif.

“I have watched with interest the Audi teams compete at Bathurst in past years, and obviously spoken to guys like my Phoenix team-mate Markus Winkelhock and Marc Basseng about the circuit, and they told me just how incredible it is.

“Obviously I have good experience with the car, and know from working with James (Winslow) at Le Mans, just how great he is working with the team and the data to extract the maximum out of the car.

“I know too that Warren Luff is one of the quickest drivers in the world around Mount Panorama, so we have a great package, but I also know that with 55 cars on the track, on a circuit that is notorious for its changing conditions, that it will be no easy task.”

MPC is also preparing the Christopher Mies/Marc Cini/Mark Eddy Audi for Bathurst, while other R8 entries come from Fitzgerald Racing and the two-car Phoenix effort.