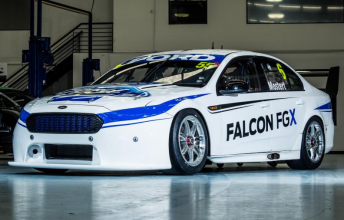 According to team principal Tim Edwards, an engineering meeting early next week will lock-in which cars its engineers are assigned to for the new season.

Placing Wischusen with David Reynolds and moving The Bottle-O entry’s former engineer Nathaniel Osborne to fill the Red Bull-bound McPherson’s place alongside Mark Winterbottom is “one of a number of options” currently being debated.

Reynolds and Winterbottom are both among Prodrive staff at this week’s V8 Supercars aerodynamic testing, where the team’s new FG X is being homologated. 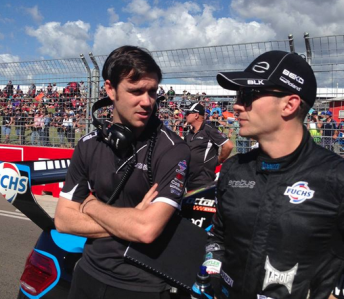 Wischusen worked with Holdsworth at Erebus in recent season

“At the moment we have guys still on holidays and others at the aero test, but by early next week we will finalise all our engineering roles and responsibilities,” Edwards told Speedcafe.com.

“Bringing in a new engineer such as Brad is always good for the team because he will bring a new perspective,” he added.

McPherson’s recent exit ensures that Winterbottom will be working with his fourth engineer in four seasons.

Edwards says that a need to add further resource to its engineering department, which does not currently include a formal technical director, is also being assessed.

“We’ve got nine very good engineers here and whether we need any more to join that is all part of the structural review we’re doing at the moment,” he said.

Wischusen’s move to the team had initially been set to coincide with that of his former driver Lee Holdsworth, who signed with Charlie Schwerkolt Racing last November.

Schwerkolt has since elected to switch to Walkinshaw Racing, with his car’s place in Prodrive’s four-car line-up taken by new entry Super Black Racing.

Edwards confirmed that Super Black will inherit the majority of the crew previously assigned to the Schwerkolt Ford.