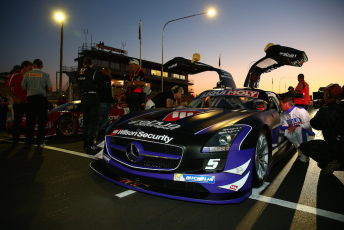 The 16-year-old Cindric will become the race’s youngest ever competitor when he drives alongside Australian Formula 3 graduates Simon Hodge and Nathan Morcom in the #36 SLS.

The son of Team Penske president Tim Cindric will use the event as a warm-up for a planned assault on the Bathurst Dunlop Series event later in the year.

Cindric, Hodge and Morcom, who have a combined age of just 58, will be eligible for the Gentlemen’s Trophy, as only reigning F3 champ Hodge has been seeded by race organisers.

“The Bathurst 12 Hour event is something many drivers dream of doing,” said Cindric, whose experience includes junior open-wheel racing and rallycross in his native USA.

“I’m really looking forward to my first race in Australia and for it to occur at a track as historic as Bathurst makes it really cool.”

Hodge heads to Bathurst following the disappointment of missing out on a start in the recent Dubai 24 Hour, while Morcom garnered GT experience in Porsches during last year’s ADAC Masters in Germany. 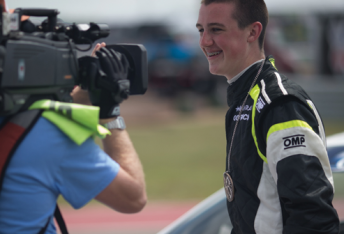 Canto has meanwhile been snapped up by Erebus following a late change of plans at Ferrari outfit Vicious Rumour Racing.

Erebus Academy drivers Richard Muscat and Jack Le Brocq will join Canto in the #63, leading the team’s quest to add to its 2013 Bathurst crown.

“Twelve hours around Bathurst will be a new experience for me,’’ said Canto, who did not start the race last year after the Vicious Ferrari was crashed in practice.

“Erebus ticks all the boxes – they’re strong for pit stops and strategy, they know the ins and outs of the car and they know the event, which they’ve had plenty of success at.

“Barring anything out of our control, there’s no reason why we shouldn’t be aiming at a podium with the combination we have and hopefully we can be standing on the top step.”

Le Brocq is the only driver from Erebus’ 2014 12 Hour assault to return this year, with the team notably without AMG Customer Sport star Bernd Schneider.

Erebus has also confirmed that it will compete with Pirelli tyres this year, having previously used Michelins at the event.

The team will undertake a test at Phillip Island on January 21 ahead of the February 6-8 event.