Sharapova catches another ride with Webber

Sharapova catches another ride with Webber 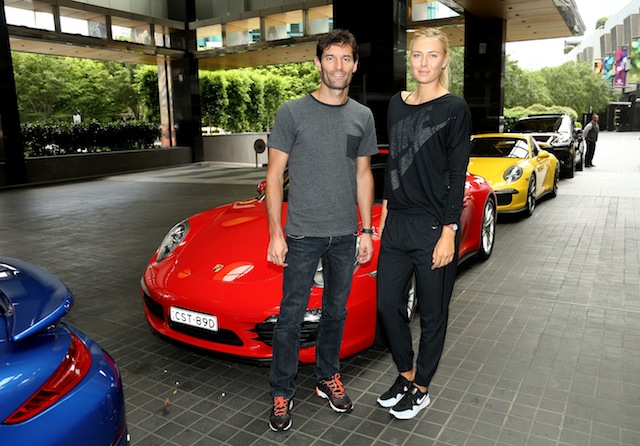 Now part of Porsche’s top notch LMP1 stable which competes in the World Endurance Championship, Webber chauffeured Sharapova to her practice session ahead of the Australian Open.

“I’m a big tennis fan and a Maria Sharapova fan too so it was great to be able to give her a ride to Rod Laver Arena in one of the latest 911 sports cars,” Webber said, who is in Australia on his summer holiday.

Sharapova recently won the Brisbane International to kick start her year ahead of the first grand slam of 2015.

The stunt follows a similar situation where Webber drove Sharapova, a Porsche ambassador, to the Women’s Tennis Association pre-Wimbledon dinner in London in a 918 Hybrid last year.