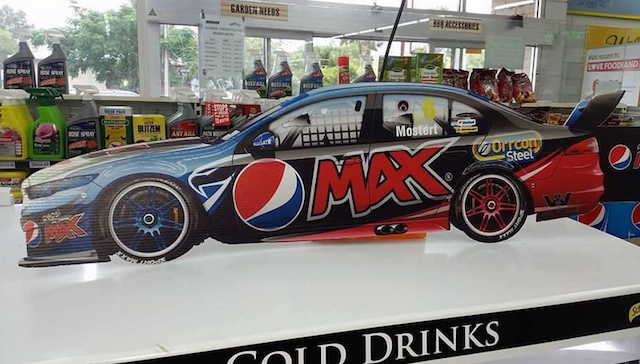 An image of an in-store Pepsi promotion at a Foodland supermarket has been spotted and published to Twitter. 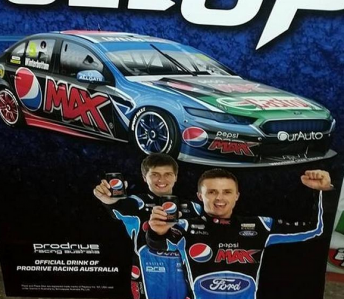 The look is an evolution of that seen on the Pepsi Fords since mid-2013, but features an increased presence of red, including on the rear wheels.

While prominent secondary backing from Castrol, Orrcon Steel and Western Star Trucks continues, no Ford logos are present on the mock-up.

As previously announced by the manufacturer, this year will mark the final season of Ford support for the team.

Pepsi’s is meanwhile in the third season of its three-year deal to provide primary backing for the team’s two lead entries.

The team is expected to launch its 2015 season livery on the eve of Sydney Motorsport Park’s February 7-8 test.

FPR 2015 ? Strange way to launch . Red wheel on the back ? pic.twitter.com/C2kVHfHtZZ