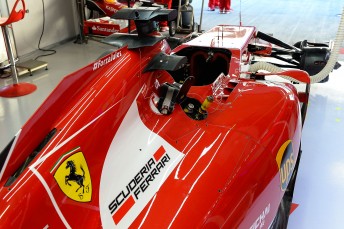 Ferrari has confirmed an online launch for its 2015 car ahead of the opening pre-season test at Jerez.

The Maranello team will uncover the James Allison designed car on January 30 just a day after McLaren’s launch of the MP4-30.

The car to be driven by new recruit Sebastian Vettel and Kimi Raikkonen this season will be unveiled on Ferrari’s website and social media platforms.

“Ferrari will launch its Formula One car on the Scuderia’s website and on its digital and social platforms on Friday 30 January,” said a statement on the team’s website.

“In the lead up to that day, various updates will provide fans and the F1 world with additional information, to follow events in Maranello, including the name of the car, the precise time of the launch and other news.”

The car will then be used in the first of the pre-season test sessions, which takes place at the Jerez circuit, from February 1-4.