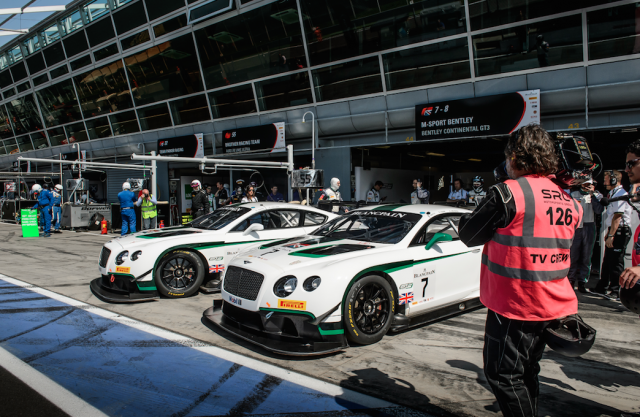 Bentley Motorsport has announced its plans for the 2015 season excluding its full driver line up for the Liqui Moly Bathurst 12 Hour.

The British manufacturer unveiled its plans for the 2015 season at the Autosport International Show in Birmingham, including the six works drivers to campaign two Continental GT3s in the Blancpain Endurance Series and other endurance events.

Long time Bentley driver Guy Smith has been retained for another season alongside fellow Brits Andy Meyrick and former BTCC driver Steven Kane in the #7 entry.

The #8 car will welcome three new drivers into the Bentley fold, headlined by Maximilian Buhk, who was part of HTP Motorsport’s run to second at last year’s Bathurst 12 Hour.

He will be joined by former FIA Formula 2 champion Andy Soucek and Belgian Maxime Soulet.

However, the squad is yet announce the two FIA silver graded (amateur) drivers which will be drafted alongside a selection of its works drivers for the two car attack at Mount Panorama on February 7-8.

Bentley’s director of motorsport Brian Gush confirmed to Speedcafe.com last month that the squad has identified the drivers they hope to sign for the event.

He also admitted that the team is evaluating Australian drivers for the role with the Bathurst driver line up announcement expected in the coming weeks.