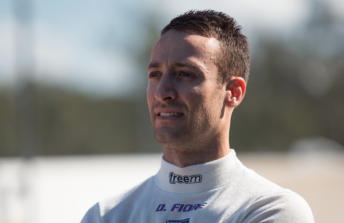 V8 Supercar enduro driver Dean Fiore has received a late call up to compete at this weekend’s Dubai 24 Hour.

The Western Australian will join the MARC Cars Australia squad for the twice round the clock classic at the Dubai Autodrome as a replacement for Tony Quinn.

“We are really happy to have Dean join us for the race in Dubai although it is unfortunate Tony is unable to join us,” said team boss Ryan McLeod.

“We’re pretty excited to kick off the new season especially now the Creventic Endurance Series has been given FIA status.”

An all Australian line up of Jake Camilleri, Scott Nicolas, Lindsay Kearns and Malcolm Niall will drive the #93 entry.

Australia will also be represented at the race by national Formula 3 champion Simon Hodge, paraplegic racer Matt Speakman and Gerard McLeod, who will drive the #48 Zettanet Racing Honda DC5.