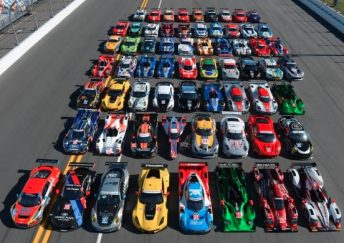 IMSA has revealed the entry list for this week’s Roar Before the 24 test ahead of the Rolex Daytona 24 Hour annual sportscar season opener held on January 22-25.

A field of 53 cars are set to take part in the three-day test at the famous American circuit, which begins on Friday.

Australia’s Ryan Briscoe, who is yet to confirm his 2015 plans, has retained his seat alongside Jan Magnussen and Antonio Garcia in the #3 GTLM Corvette Racing entry.

The sister car will be piloted by Oliver Gavin, Tommy Milner and Simon Pagenaud. The New Zealander is set to contest the entire United SportsCar season for the German manufacturer.

Melbourne-born driver James Davison is listed to rejoin the TRG-AMR Aston Martin squad for the Daytona 24 Hour, having recently signed a new deal with the team to compete in the 2015 United SportsCar Championship.

The full entry list for the Roar Before the 24 can be viewed here.