POLL: Should the Bathurst 12H expand to a 24 hour race?

POLL: Should the Bathurst 12H expand to a 24 hour race? 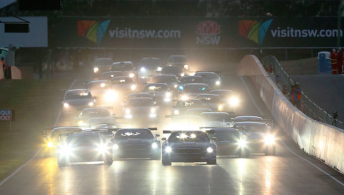 The Bathurst 12 Hour has emerged as one of Australia’s most popular events attracting the world’s best GT drivers and teams to Mount Panorama.

The arrival of GT3 regulations has seen GT racing enjoy a period of sustained growth worldwide with this year’s edition set to welcome 30 GT3 entries, featuring nine manufacturers, including the factory Bentley and Nissan squads.

While the event continues to grow as one of the world’s leading 12 hour races, there is a school of thought the event could attract more manufacturers and teams if it were to embrace a 24 hour format.

The concept of a 24 hour race at Mount Panorama is nothing new with the venue playing host to two twice round the clock endurance classics in 2002 and 2003.

Pioneered by Brisbane businessman Ross Palmer, the race ran for just two years with Garry Rogers Motorsport’s Holden Monaros winning on both occasions. Spiralling costs to put on the race were among the reasons for its demise.

However, it appears there is plenty of support for its return with Blancpain Endurance Series Laurens Vanthoor welcoming the prospect of the Bathurst 12 Hour reverting to a 24 hour format.