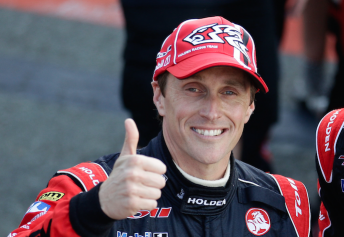 Cameron McConville’s new off-track program for this season has seen the five-time Bathurst podium finisher emerge as a leading contender for a Pirtek Enduro Cup return.

The now 40-year-old has missed the last two V8 Supercars endurance seasons while working as the motorsport manager for Porsche Cars Australia.

Having left that position last October, McConville has moved into a more flexible role with CAMS, which includes heading up the new Formula 4 Championship.

While stressing his dedication to CAMS and F4, McConville has already confirmed a drive in the Carrera Cup Australia.

The Victorian has also been heavily linked to an Enduro Cup vacancy with the Holden Racing Team, for which he drove in his most recent V8 Supercars Championship outings from 2010-2012.

The HRT is yet to confirm plans to replace Greg Murphy, who has left his co-driving slot alongside James Courtney in favour of a place in V8 Supercars’ television line-up.

Walkinshaw Racing has already announced the return of Tony D’Alberto to its Supercheap Auto entry, while Warren Luff is also expected to continue with the team for a second year.

McConville, who returned to the wheel of a V8 Supercar during 2014 for a one-off start in the Kumho V8 Touring Car Series, told Speedcafe.com that he isn’t ruling out a return to the enduros.

“If I’m making a bit of a return to racing and I’m competitive then I certainly wouldn’t rule it out,” he said.

“I’ve just decided one step at a time at the moment and we will see what comes about.”

McConville has 20 Bathurst 1000 starts to his name, finishing fourth alongside Courtney during his most recent appearance in 2012.