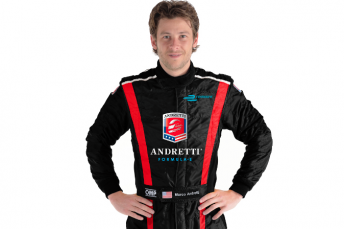 IndyCar driver Marco Andretti will replace the suspended Franck Montagny at Andretti Autosport for the fourth round of the FIA Formula E Championship in Buenos Aires next week.

The son of team owner Michael Andretti, who is yet to turn a wheel in a Formula E car, is set to deputise for Montagny, following his suspension from all forms of competition after testing positive for a derivative of cocaine.

With nine years of IndyCar racing under his belt, the 27-year-old American is looking forward to showcasing his skills in the revolutionary all electric Formula E Championship.

“I’ve been looking forward to the chance to get behind the wheel of a Formula E car,” said Andretti.

“Having never been in the car, it’s a bit of an unfamiliar situation for me but the team’s pace looks solid enough for a great result. I like unknown situations; I’m up for the task.”

Andretti was chosen over Matthew Brabham, who filled in for Montagny at Punta del Este last month.

Elsewhere, China Racing will welcome back Ho Pin Tung to the squad in Argentina after sitting out the last round in Uruguay. He will replace Antonio Garcia alongside regular driver Nelson Piquet Jnr at the team.

The fourth round of the championship will be held on 2.4km street circuit in Buenos Aires, Argentina on January 10.