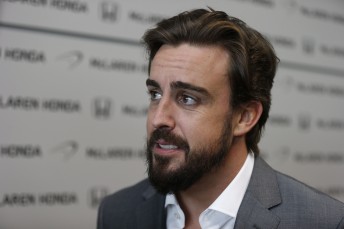 Mercedes is eyeing Fernando Alonso as a potential replacement for Lewis Hamilton if the Brit decides against signing a new contract with the team for 2016.

New world champion Hamilton is yet to agree new terms at the squad with contract talks set to resume this year having been put on hold while he was battling for the 2014 world championship.

Hamilton’s current contract is set to expire at the end of this year, while it is understood Alonso has penned a multi-year agreement with McLaren.

“There’s no hurry, we’ll discuss it during the year,” Wolff said of Hamilton’s contract renewal to Gazzetta dello Sport.

“I’m optimistic, the priority is to carry on with these drivers. Should it be impossible, then Alonso represents the top alternative, followed by (Valtteri) Bottas.”

The former FIA European F3 champion will dovetail his Sauber commitments alongside a second campaign in GP2 this year.

“I am really pleased to become a member of the Sauber F1 team, which has a long tradition of building up excellent drivers,” said Marciello.

“I really think that this is the best choice for my future career.

“I am also happy to compete for one more season in the GP2 Series, which, together with my new F1 role, will give me a very busy 2015 season.”