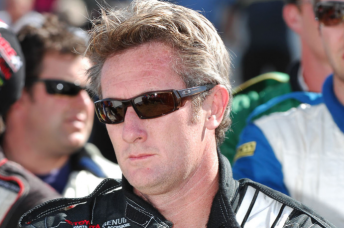 Brooke Tatnell overcame a broken valve spring to claim victory in the third round of the World Series Sprintcars Championship at Mount Gambier.

The eight-time champion assumed the lead at the start of the 35 lap final after fending off a challenge from Luke Dillon.

However a flame emerged from his engine as the race progressed which forced a stoppage while officials checked over his car.

Having been deemed safe to continue, Tatnell resumed his place at the head of the field where he managed to nurse his car to victory.

Dillon held onto to second while James McFadden secured the final place on the podium ahead of Brad Keller and Jamie Veal.

Defending champion Steven Lines picked up his best result of the new season in seventh having battled through the pack from 15th position.

California’s Kyle Hirst tops the standings after three rounds with an eight point lead over Dillion with Mount Gambier winner Tatnell in third just 39 points adrift of the championship leader.

The championship resumes at Avalon Speedway in Victoria on December 30 for round four.