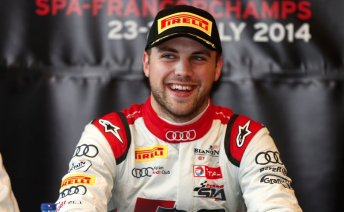 International GT3 superstar Laurens Vanthoor is working on a bid to secure a drive at the Supercheap Auto Bathurst 1000 next year.

The 23-year-old is rated as one of the best GT drivers in the world having won back-to-back titles in the fiercely competitive Blancpain Endurance Series in Europe.

While Vanthoor has made his name with Audi in GT3, the Belgian racer has one eye on competing at the Bathurst 1000 having admired the event from a far.

The newly crowned Blancpain Endurance Series champion has discussed plans to secure a Bathurst co-drive with Hardy and is hopeful his contacts may lead to an opportunity in V8 Supercars next year.

Vanthoor made his debut at the Mount Panorama circuit at this year’s Liqui Moly Bathurst 12 Hour and is set to return to the endurance classic in February with the Phoenix Racing Audi squad. 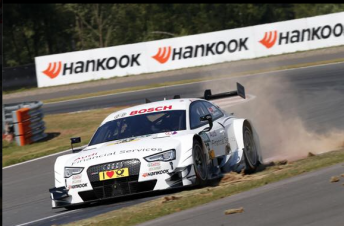 Earlier this month he made his touring car debut with a test behind the wheel of an Audi DTM car at Spain’s Jerez circuit.

“Competing at the Bathurst 1000 interests me a lot,” Vanthoor told Speedcafe.com.

“When I see the races on television the cars are not as high tech as DTM but the racing for me is one of the best forms of racing in the world.

“The battles and how close it gets looks really exciting to me.

“My engineer Adam Hardy has worked in Australia in the past and I asked him a couple of weeks ago if he could help me a bit to get an enduro drive for the future.

“We try to help each other and if we can do the race together that would be great.

“He has said he will have a look at it but this year it was too late so it is something I want to work on for next year.

“He will be a great help as he has contacts but at the moment it is an idea at this stage but it is something I really want to put time in to try to make it work.

“If I can get a good chance to participate and I can get permission from Audi, which would not be a problem, for sure I will do it.

“Its one of the things on my list I want to do, it would be a hell of an experience.”

Vanthoor’s Bathurst 1000 hopes have been aided by the Blancpain Endurance Series avoiding a date clash with V8 Supercars’ marquee event on October 8-11.