McElrea Racing will prepare the Objective Racing liveried car which will be one of three McLaren 650S cars set to join the Australian GT Championship.

Klark Quinn’s McLaren MP4-12C will be upgraded to 650S specification while father Tony Quinn will drive a newly constructed car imported from England.

After just two seasons in the Porsche Carrera Cup, the arrival of the McLaren represents a new challenge for Walls as he joins the growing Australian GT grid.

The New South Wales businessman, who finished fifth in the Carrera Cup Elite Class, says the opportunity to drive a McLaren in the Australian GT Championship was too good to turn down.

“The global growth in GT racing over the past two years has been a huge attraction and Australian GT is shaping up to have its best year ever in 2015,” said Walls.

“With only 15 new McLaren 650S GT3’s being built for 2015 globally, it is a privilege to be awarded one of the first new race cars to come out of the McLaren GT factory,” said Walls.

“Having spend time in Woking at the McLaren facilities over this past year as well as with McLaren GT at the race track, I have been massively impressed with McLaren’s commitment, passion and direct support of international GT racing.”

The team celebrated its championship win at a special function held at the squad’s Victoria workshop last night. 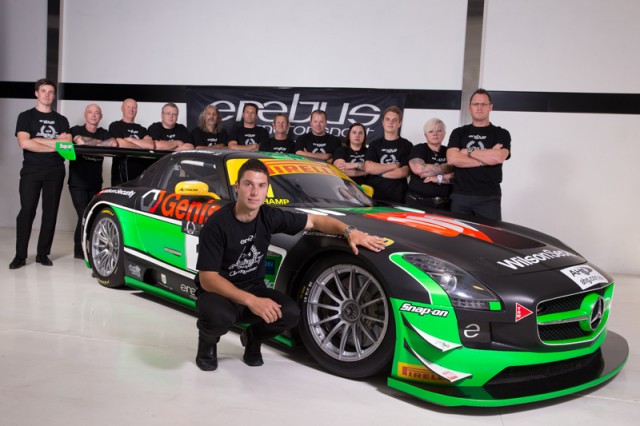