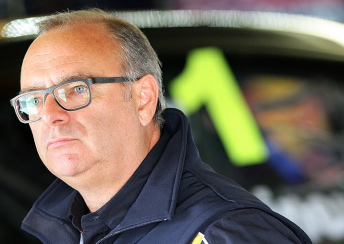 Moore, who has been with the Triple Eight team since its birth in Australia, is searching for a role overseas, with DTM a likely destination for the skilled engineer.

While Dane has now moved to confirm the switch, he says Moore, who told the team of his future plans earlier this year, remains a Triple Eight employee for the moment.

“All roles to be determined in [the] new year.”

“We are working on finding JJ (Jeromy Moore) a post overseas within our sphere of influence so he can gain international experience. Currently he’s still with T8 working hard.”

As a result of the switch, Ford Performance Racing will search for a replacement to engineer Mark Winterbottom’s Falcon for next year.

The appointment will be Frosty’s fourth engineer in as many seasons following earlier stints with James Small, who left for NASCAR at the end of 2013, and Campbell Little.