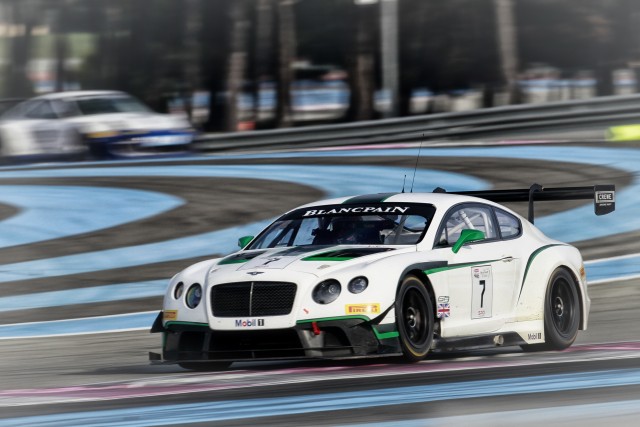 Bentley is scouting Australian talent to join its driver line up for its maiden Liqui Moly Bathurst 12 Hour assault next year.

While yet to confirm its driver line up, it is likely a selection of its works drivers will venture out to compete in the race on February 7-8.

However, having never competed at the challenging 6.2km Mount Panorama circuit, Bentley’s director of motorsport Brian Gush says the team is contemplating adding Australian drivers to their squad due to their extensive circuit knowledge.

“We haven’t nominated our drivers yet because at Bathurst you need two pros and one amateur in each car, but we think we know what we want,” Gush told Speedcafe.com.

“We certainly have got a few Aussie drivers in our sights, obviously the local experience is a big factor.

Although the manufacturer is keen to impress on its Bathurst 12 Hour debut, Gush has confirmed that the squad will offer significant set up support to the Flying B Motorsport entry at the event.

“We like to keep our arms around any customer of Bentley and make sure they have a good experience so we will be supporting them as a much as we can,” added Gush.

“We will have the works cars there so it is the best opportunity to help them set up the car. Of course if they can give us some tips then we will gladly receive them.

“Peter Edwards is an old Bathurst campaigner and his drivers are really good so we see any Bentley customer as part of the wider family.

“There will be a bit of information sharing until the flag drops.”

Bentley’s preparations for the Bathurst 12 Hour are well underway with the cars currently en route to Australia.