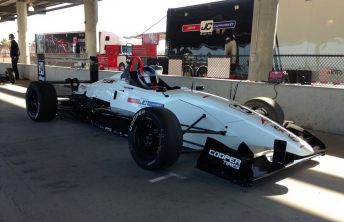 “Jordan and Anthony did a great job, most impressive, and I have no doubt both of them have the capability to run in the front bunch of USF2000 this coming season,” Cummiskey said.

“For many reasons, of which I have collaborated with Jordan, Anthony and their families, including age, experience, competency, development path, process and opportunities, USF2000 is the correct fit,” Larkham said.

The wings and slicks USF2000 series serves as the first phase of the Mazda Road To Indy ladder of championships.

Thomas Randle is also in line to undertake a USF2000 test as a prize for winning the 2014 Australian Formula Ford Series.