Percat at crossroads amid Walkinshaw upheaval

Percat at crossroads amid Walkinshaw upheaval 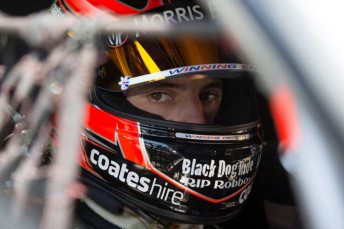 The 26-year-old’s position with the squad as a full-time driver came unglued on December 1 when #222 Racing Entitlements Contract holder James Rosenberg elected to quit the category.

Rosenberg had been faced with topping up the car’s budget for a second consecutive season amid a difficult sponsorship market.

Percat remains under contract to Walkinshaw next year and is thought to be eyeing an international racing schedule, plus the V8 Supercars enduros, in the absence of a full-time drive.

Walkinshaw Racing is expected to remain a four-car team next year, with Charlie Schwerkolt poised to move his license from Ford Performance Racing to the Holden outfit.

Such a deal would still leave Percat without a seat, however, as Schwerkolt has former Erebus Motorsport driver Lee Holdsworth under a recently signed two-year contract.

Schwerkolt, who has a season to run on his three-year contract with FPR, refused to discuss his plans with Speedcafe.com at Sydney Olympic Park.

Walkinshaw Racing owner Ryan Walkinshaw meanwhile insisted that no deal has been done with the forklift entrepreneur and that he is still assessing the team’s options.

“We only got told on Monday (December 1) that James didn’t want to continue into next year,” Walkinshaw told Speedcafe.com.

“Our ambition is to run four cars and we’ve got to try and find the best way to do that.

“It (Schwerkolt’s REC) is an option, but there are other options as well,” he continued when asked of the #18 license.

“We’ve just got to look at everything and see which one fits.”

Percat told Speedcafe.com that there is currently “nothing to say” about his future, while Walkinshaw also failed to shed light on plans for the South Australian.

“Until there is something to talk about (a resolution to the ambition to remain at four cars) there’s nothing I can say,” said Walkinshaw of Percat.

Having failed to raise a budget to keep Rosenberg’s license operational, it appears highly unlikely that Walkinshaw will be able to find another way of retaining Percat within his team.

Lucas Dumbrell Motorsport is the only V8 Supercars outfit with obvious vacancies, now holding two entries without drivers following the return of its second REC.

Dumbrell told Speedcafe.com that he has held a brief discussion with the factory team about accommodating Percat, but nothing more at this stage.

Dumbrell’s two cars are both currently without primary backing, with several funded drivers, including Tim Blanchard and Chris Pither, having been linked to the squad.

“I’ve spoken to Walkinshaw very briefly on it,” said Dumbrell

“I’ve got two seats that are unused at the moment and we hope to have answers within a week.

“Will Percat be a part of it? I don’t know, maybe.

“I think Walkinshaw have got to get through their negotiations and deals they are doing (first).

“I’m sure they’ll contact me as soon as they’re ready and if they want to place him (at LDM).”

LDM’s 2014 driver, Russell Ingall, was placed at the team by Holden Motorsport under a one-year deal.

The team is currently in the early stages of building up a second chassis ahead of the new season to compliment its existing Triple Eight-built car.