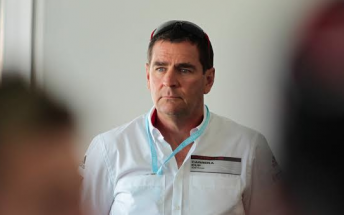 Highly respected Australian motorsport administrator Jamey Blaikie has been killed in a road accident in Fiji.

Blaikie had been spending time in Fiji over the last week which was a popular destination for the Melbourne-based manager in his various charity undertakings.

A statement from Porsche Cars Australia has confirmed that Blaikie was killed yesterday when his hire car crashed into a large truck.

Blaikie played a key role in the establishment of the Porsche Carrera Cup Australia series in 2003.

He remained a valued member of the Porsche family for a decade before moving on to fresh challenges last year.

Porsche’s director of public relations and motorsport, Paul Ellis, has paid tribute to Blaikie on behalf of the company.

“Jamey loved many of us here at Porsche and considered some of us as family. And he loved the Porsche brand through and through,” he said.

“To the Porsche Motorsport community Jamey was a friend, an ally and a confidant. Whether you were running at the back of the grid in a GT3 Cup Challenge race or shooting for the Carrera Cup Championship – Jamey always had time for you.

“From sleeting rain and mud at Mallala with three men and a dog on the spectator hill to glorious sunshine and huge crowds at the Gold Coast … Blaikie was there in his Porsche gear, doing what he loved, with the people he loved and the sport he loved.

“He asked for no favours.  He just wanted to help.”

Tributes have already started to appear on his Facebook page.

Speedcafe.com extends its condolences to his family and extensive network of friends.