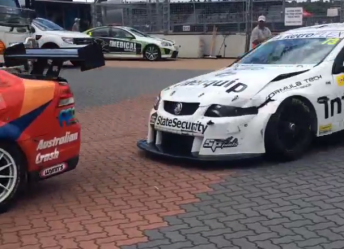 A video posted online has shown the beginning of an off-track incident following the Dunlop Series season finale at Sydney Olympic Park.

The clip posted by an Instagram user shows Brett Stewart’s Holden charging towards the car of rival Josh Kean as the field returned to the paddock after Race 2.

As reported on Sunday, CAMS stewards are investigating a post-race incident involving two competitors and officials.

Two people were taken to the circuit’s medical centre in the aftermath of an alleged assault. 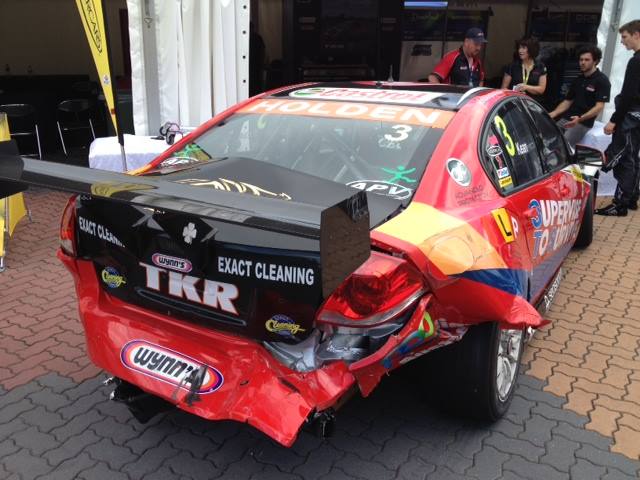 The damage to the rear of Kean’s Commodore post-race. pic: Phil Walmsley 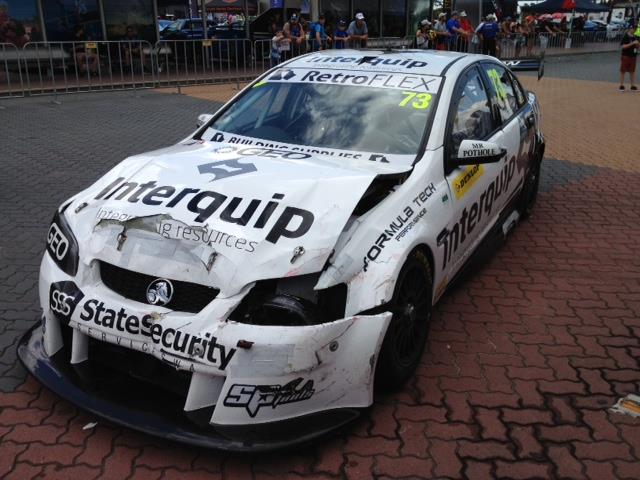