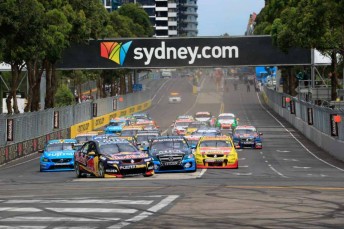 Whincup leads the way in Sydney

Red Bull Racing Australia’s astonishing run of success saw it sweep to the drivers’ and teams’ titles once again in 2014.

After being heavily challenged by Ford Performance Racing in the first half of the year, the champion Brisbane squad clawed its way back to record a resounding result.

Triple Eight Race Engineering would have the colossal record of seven straight teams champion titles had it not been broken by the Holden Racing Team in 2009.

Several teams have experienced pockets of form that have eclipsed Triple Eight in recent years, however none have yet found the key to sustaining an attack over the course of a season.

In the wake of his sixth title, Whincup has urged his rivals to lift their game.

Which team do you think will be Whincup and Red Bull’s greatest challengers in 2015?