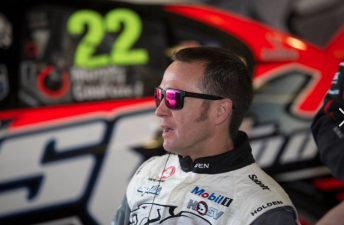 Greg Murphy has confirmed he will step aside from his Pirtek Enduro Cup co-driving duties to join the V8 Media team for next season.

As previously reported, Murphy will take up a commentary role with V8TV, where he will call V8 Supercar races for both Fox Sports and Network Ten alongside Neil Crompton.

The move will see the four-time Bathurst 1000 winner call time on his V8 Supercars co-driving commitments having partnered James Courtney at the Holden Racing Team in the Pirtek Enduro Cup for the last two seasons.

Murphy celebrated 200 starts in the category at this year’s Castrol Edge Gold Coast 600, ending the year 10th in the Pirtek Enduro Cup standings.

The Kiwi has racked up 28 race wins and 13 pole positions alongside his four Bathurst wins during his V8 Supercars career.

The 42-year-old has made sporadic appearances in a commentary role this year but is looking forward to the prospect of switching to a media role on a full-time basis.

“To have the chance to step aside from the races and continue to be involved in the sport – I’m really looking forward to it and am very excited,” he told V8 Supercars.com.

Holden Motorsport manager Simon McNamara paid tribute to Murphy’s success in the category which he hopes will provide an example to future drivers.

“Greg Murphy may be retiring from V8 Supercars, but his achievements will continue to live on and inspire future generations,” McNamara said.

“His history of success in Holden Commodores speaks for itself, especially on the Mountain at Bathurst – where he’s taken four of Holden’s record-29 wins.

“All of us at Holden want to thank Murph for his immense contribution to our brand, and the sport, and wish him the very best for the future.”

Murphy has also recently confirmed he will not feature on the grid in New Zealand’s V8 SuperTourers championship next season.