Three McLaren 650S GT3s will be in action next season

Australian GT Championship organisers are confident of capacity grids next season as a number of new cars join the fray.

Category manager Ken Collier has confirmed that three of the latest McLaren 650S GT3s will race in Australia next year.

Klark Quinn’s existing McLaren MP4-12C will be updated to the 650S specification, while father and category owner Tony Quinn is set to import two brand new examples for himself and a customer.

The upgrade will be completed after the Bathurst 12 Hour, where 2015-spec GT3 cars are not eligible, while the two new cars are due to arrive in time for the Australian GT season opener in Adelaide.

The 650S GT3 was unveiled in June this year, boasting improved aerodynamics, cooling and serviceability over the previous model.

Andrew Kirkaldy’s McLaren GT outfit has undergone a track testing program with the car throughout recent months before its debut in the Gulf 12 Hours at Abu Dhabi on December 13 and subsequent delivery to customers worldwide.

Collier has hailed the impending arrival of the McLarens amid a sea of recently imported machinery for the class.

“The depth of competition we have for the 2015 season is incredible,” Collier said.

“There’s also rumour that we will see both the new Corvette Z07.R GT3 and the latest Dodge Viper.

“At this stage from enquiries and pre-season entries we’ve already received, we look like having fields of 25 to 30 cars at every event, including at least 18 current-spec FIA GT3 cars.

“We also have two teams coming from New Zealand next season, and some of the Asian regions teams that are coming to Bathurst for the 12 Hour talking to us about leaving their cars here to contest a few rounds of the Australian series..

“My biggest problem now is accommodating these new entries, as some of the circuits we compete on have a grid capacity of just 32 cars.”

The 2015 Australian GT calendar was confirmed in August, featuring a return to the Clipsal 500 Adelaide.

The category will also support the V8 Supercars at Townsville, Sydney Motorsport Park and Sandown, as well as joining the Shannons Naitonals for Phillip Island and continuing its stand-alone season finale at Highlands Park in New Zealand. 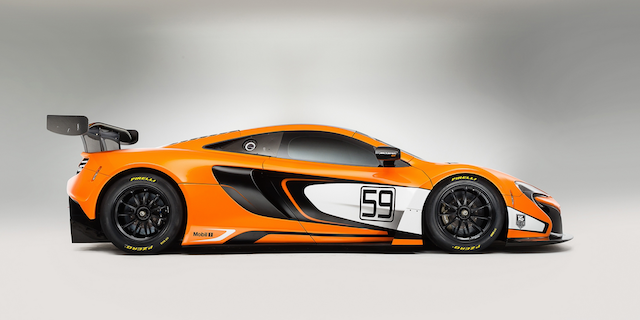