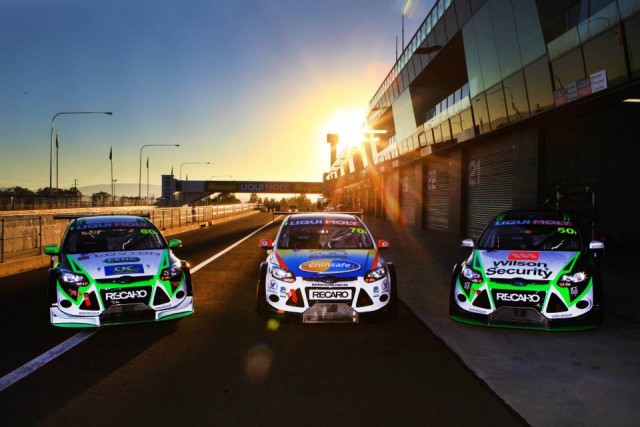 The Kumho V8 Touring Car Series grid is set to be bolstered by the introduction of a second class for Ryan McLeod’s MARC V8s next season.

Kumho V8TC category management is currently working with CAMS to finalise the arrangement, which will see the purpose built, 5.0 litre Ford V8-powered sedans run alongside the ex-V8 Supercars.

The Kumho class struggled for numbers throughout this season, with grids regularly in single figures.

“We just need to finalise a few bits and pieces on the regulations but it’s definitely happening,” category manager and Shannons Nationals director Rob Curkpatrick told Speedcafe.com of the eligibility of the MARC entries.

“We don’t want to create a new category for the MARC cars, so it makes a lot of sense to run them with the V8 Touring Cars.”

Curkpatrick says the MARC entries will run in their current performance specification, which sees them produce a quoted 500bhp and approximately 1250kg.

They are expected to be evenly matched with the leading V8 Touring Cars, which produce around 600bhp with 1350kg. 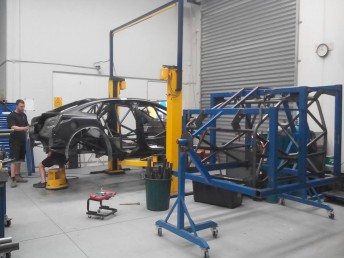 The second batch of MARC cars are currently under construction

As they will compete for separate trophies, Curkpatrick says the category will not make parity adjustments to even out the two classes.

“We don’t know exactly how they’ll compare yet but it will probably depend on the tracks,” said Curkpatrick.

McLeod is currently building a second batch of three MARC V8s, including a Mazda 3 bodied version, which will debut in February’s Bathurst 12 Hour and remain based in Australia.

One of MARC’s existing overseas-based cars is also likely to front for the Kumho V8 season opener at Sandown in March, while McLeod hopes to receive more orders for new cars during the year.

“We’re confident that the cars will be competitive with the front-runners and that they’ll provide an economical option for people that want to compete in the Kumho series,” said McLeod.

“Because they were built for endurance races, they have the capacity to do two Bathurst 12 Hours and two seasons in the Kumho series without a major service.”

Running costs for the ex-V8 Supercars are one of a number of factors blamed for the low Kumho series grids this season.

Curpatrick is confident, however, that the downturn is only cyclical, noting that several competitors graduated to the Dunlop Series at the end of 2013.

A 17 car grid is expected for the V8 Touring Car support races at Sydney Olympic Park this weekend; a non-points scoring event organised independently of the category by a group of competitors.

While moving onto the V8 Supercars support card has been met with a rush of competitor interest, Curkpatrick says the category’s long term sustainability rests with the Shannons Nationals.

“We don’t rule anything out, but at the end of the day it’s a category that’s part of the Shannons Nationals,” he said of running sanctioned, points scoring events at V8 events in future.

“It was created and run by the Shannons Nationals in the early days and has been there throughout good and bad times.